Recent polls suggest that Donald Trump may have finally met his match: himself. It took three consecutive weeks of unrestrained oratory fiascos to slow the thrust behind Trump’s emphatic surge to political relevance. A Trump victory now seems rather improbable, with the New York Times analytics-driven estimate giving him a 10% chance of securing the white house.
Even his most stern detractors, however, would be wary of a completely ruling him out. Mr. Trump’s journey to political prominence has evaded convention.
It was three years ago that the annual White House Correspondent’s Dinner witnessed ‘The Donald’ verbally beaten, most jarringly by President Obama, who himself had for long been at the brunt of Trump’s attempt to expose his actual birthplace – and therefore, legitimacy for Presidency. President Obama referred to Trump’s future prospects for the White House eccentric, a view he reiterated until Trump triumphed as the Republican candidate in the 2016 elections.
President Obama cannot be blamed for his initial assessment. Whereas the number of billionaires in the United States may be 530, very few have become the media darlings that Trump has. From receiving Stone Cold Stunners during his WWE cameos, being burlesqued (voluntarily) in an particularly raucous Celebrity Roast, marrying a pin-up model who has posed stark-nude; the list of probable White House firsts is limitless.

Ever since the Cold War, much of western political thought has remained separated between two broadly-defined polar opposites. Whereas the flag-bearers of liberal institutionalism are hopeful of a progressive future led by international institutions under the vigilant leadership of the world’s first benevolent superpower (USA), realists on the other hand have maintained – with the Iraq War and Arab Spring as prime examples, that the international system is still one defined by self-help and survival. A Trump presidency would largely propel the further resurgance of realist thought.

With his own political predilections carefully masked, Trump has played the politically incorrect card to great success. Like most self-prophesizing demagogues, Trump feeds off an ever present angst common to all times and all people, wrapping it up in what he purports to be a self-reflexive and anti-political approach to the art of statecraft. This is not new. The political realm, both in film (think Kollywood’s Junta Raj films and the Underwoods to name a few) and in the real world, has seen plenty of such ego-driven revisionism that aims to seek a people to both their ultimate destiny or to a glorious past, in most cases, and quite absurdly – both. More often than required, the path of such ambitions leads a whole nation to disaster.

Pakistan in itself aches from the misgivings of such revisionists, still basking in their ideologies and charisma far after the failure of their systems has become evident. Infact, the very bread and butter (roti, kapra and makaan to be precise) of our political community involves singing falsetto to a tune of primal fears. ‘Make America Great Again’ is not a new concept: in it’s roots is rebellion against an altered identity. At home, we long to return to ‘Quaid’s Pakistan’, uneasy with what we actually are. The history of the subcontinent is also replete with firebrands urging to return ‘Hindustan’ to it’s glory days: for Hindus, this was an epoch defined by purity and bliss, much prior to the Muslim conquests of the subcontinent. For Muslims, it’s a longing to return to the glory day of the Mughal period, or better yet, to the early days of the faith.

Whether America was ever great is an intricate, philosophical question that requires substantial retrospection: What is great? In comparison to whom? For whom?  For both Republicans and Democrats, the answers to these questions are quite different, and therefore – so are the choices. Unfortunately for Trump, his actual indifference to these questions may have become too obvious too soon. 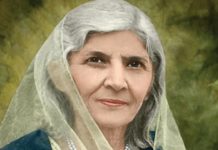 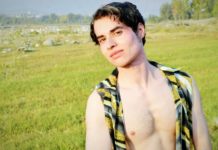