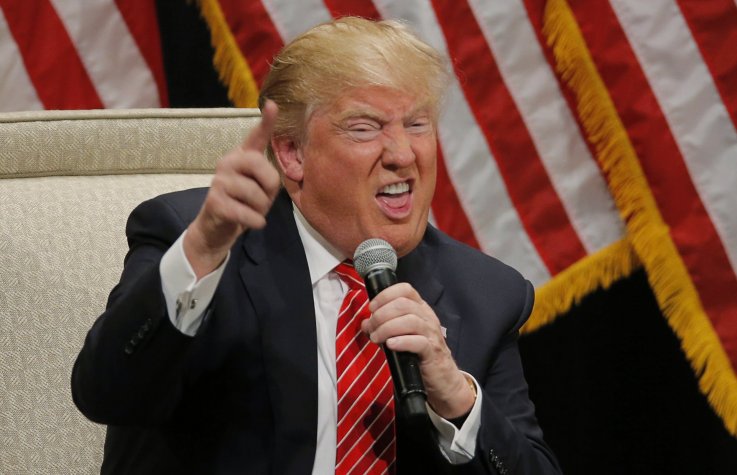 Politicians have long promised to take us back to ‘Quaid ka Pakistan’. This is not a unique phenomenon, of course. Most nations yearn to return to a glorified past.

One notorious example of this is Trump’s ‘Make America Great Again.’ Seven years ago, ‘The Donald’ was berated by President Obama during the White House Correspondents Dinner. He mocked Trump’s aspirations and prospects for the White House.

For starters, Trump has wrestled (well, kinda) in the WWE. He starred in one of the roughest celebrity roasts to date. He also spars occasionally with the likes of Rosie O’Donnell.

However, like Khan, President Trump understands the power and lure of revisionism.

The Art of the Deal: Know Your Audience

Trump is a political demagogue. Let there be no confusion about this.

Trump began his run for presidency with a promise to take America back to its glorious past. This, of course, is not quite different from Hitler’s rise to power. The Nazi leader had also promised to lead Germany toward its true destiny.

It did not matter that 2016 United States was easily the most powerful country in history: the past is always better. This ‘return to greatness’ banks on a broader political ideology: realism. Ever since the Cold War, much of western political thought split between two broadly-defined theories.

Realist thinking necessitates that a nation to look inward for inspiration. This is a breeding ground for ideologies like ‘Make America Great Again’.

At the core, such movements feed off the fear of change. Structural changes can threaten a nation’s historical identity. For politicians who employ identity politics, this is an obvious disadvantage.

The political realm, both in movies (think Bollywood’s Junta Raj films) and in the real world, has seen several attempts at revisionism that aim to lead a nation toward its ultimate destiny or glorious past. More often than not, the path leads it to disaster. The arrow of time only moves in one direction – forward.

At home, we long to return to ‘Quaid Ka Pakistan’ or ‘Madina Ki Riyasat’, uneasy with what we are becoming.

Pakistan aches from the misgivings of such revisionists. Due to certain beliefs, we still bask in these ideologies even after centuries of failed attempts. The bread and butter (‘roti, kapra and makaan’ to be precise) of our political leaders revolves around singing falsetto to a tune of false identities.

The Politics of the Past

Pakistan’s Prime Minister Imran Khan has built a career promising us a return to Quaid’s Pakistan. He was not the first: Bhutto, Sharif, and the Men in Boots (MIB) have all employed this motto at some point in their political journeys.

The history of the subcontinent is replete with firebrands urging us to return ‘Hindustan’ to their own interpretation of the glory days. For Hindus, this refers to an epoch defined by purity and bliss before Muslim conquests of the subcontinent. For Muslims, it’s a longing to return to the glory day of the Mughal rule, or even Muhammad Bin Qasim for what it’s worth.

Whether America or Pakistan was ever great is an intricate question that requires further retrospection. How do you objectively measure the glory of these ‘golden periods’? After all, there has to be more to ‘greatness’ than nostalgia, fantasy, and rhetoric.