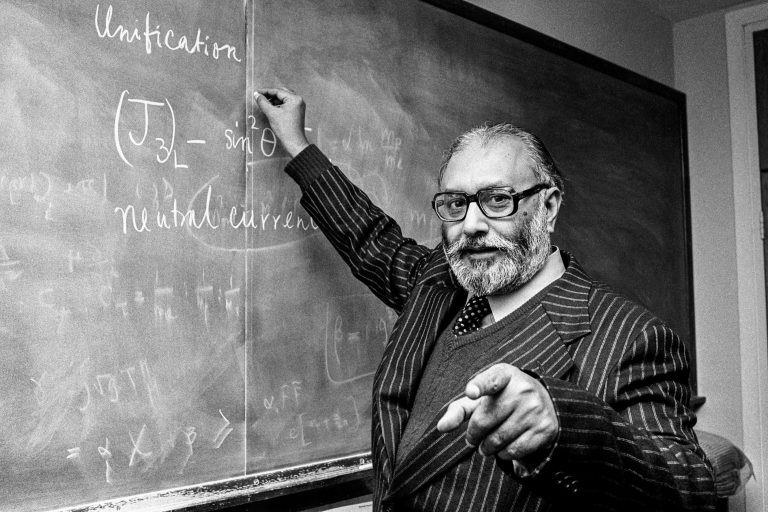 In this article, we take a light-hearted look at some famous (wo)men of science who did not get their due recognition and appreciation during their lifetime. This includes Pakistan’s famed scientist Abdus Salam.

Since we now live in an age where scientists such as Richard Dawkins routinely perform lab experiments on priests and pundits alike, it may surprise many of you (i.e. those who don’t read books) that there was once a time in which some of the most brilliant men of science faced harsh ill-treatment and ridicule.

After centuries of ignorance and dogma, a group of people become angry at Jesus & Co. (this being Europe) for being away from desk during disasters such as the Bubonic Plague and the Crusades. Also, science was coming up with all types of inventions — Netflix not being one of them (yet).

It was no surprise, therefore, that more and more people shifted towards rationalism and scientific enquiry.

We will now look at six groundbreaking scientists, who despite the golden age of enquiry that defines the past few centuries, were pretty much treated like second class citizens during their lifetime.

Anyone that has ever opened a science textbook knows that Galileo was the Kanye West of his times. Like Kanye, Galileo was brilliant and misunderstood. The man was instrumental in inventing the first really effective telescope. This allowed him to make some of the most astounding discoveries in early observational astronomy. It also helped confirm his belief in the heliocentric theory, which posits that the Sun is the centre of the solar system. People know him today as the father of observational science, astronomy and perhaps even the real father of North Galileo-West.

Not surprisingly, Galileo was in all sorts of trouble with the Church. The church, if you didn’t know – was the NSA of its time. It sorted through Big Data and laid the smackdown on anyone acting smart.

His controversial writings eventually reached the Inquisition. Making people think that geocentricism is bullshit was a serious no-no. Of course, the Church implored, how could the acclaimed writers who wrote and edited the New Testament after Jesus’s death be any wrong?

The inquisition accused Galileo of heresy placed him under house arrest for the rest of his life.

Now it would just be wrong to talk about the heliocentric model without crediting the man behind it. Although Copernicus didn’t really face persecution within his lifetime, he did spend many of his days wondering whether to go ahead about publishing his ideas.

Ultimately, Copernicus never published his book during his life. The fear of criticism and ridicule probably made Copernicus a victim to inertia. Which turned out to be a good thing eventually. Once the book published, a wave of criticism came flowing in from all circles. Everyone demeaned the theory posited in the book – from Martin Luther to his very own assistant.

In the 16th century, Aristotle’s geocentric world view remained entrenched in the mass psyche: questioning it was out of the question.

Darwin’s game-changing theory of evolution actually goes like this: all species have descended over time through common ancestors, driven by the process of natural selection. Add to that a little rhetoric such as the ‘survival of the fittest’ and you find a theory that gives the Bible’s Adam and Eve a hard look.

Unsurprisingly, Darwin’s ‘On the Origins of the Species’ did take a fair share of flak from the general public. The only reason Darwin probably came through was the support of scientists and thinkers from the age.

Understandably, the church was not happy. They church failed to merit in an explanation of man’s origins that had no room for God, Jesus and the Holy Spirit.

Karl Marx felt that the book was ‘a bitter satire’ and local publications were full of loathsome attacks on Darwin’s person and theory.

Today, we call Alan Turing as ‘the father of computer science’. However, he is also classified as something you just could not be in early 20th century Europe: he was gay. Turing passed his time formulating the Turing machine and formulating techniques to decode German ciphers in World War II.

Homosexuality was a serious crime in 1952. If caught, your ass was grass. This wouldn’t be too bad of a thing if you were a curious gay felon in Atlanta, who wouldn’t mind the sausage party going on in most jail cells. However, you must understand: Turing was a scientific genius and not your local drug dealer.

The court ordered Turing to be brutally castrated. Two weeks later, he killed himself.

Women have played a bigger role in public life as the centuries rolled on. The field of science is no exception. Between them, women have accumulated 16 Nobel prizes. Recent Nobel Prize winners include the likes of Rita Levi-Montalcinian. Rita is an Italian neurologist credited for her work in nerve growth factor (NGF).

Up until the 1800s (and even later in most scientific circles), it was largely believed that women were primarily sent by God to ‘grill that chicken, right’.

Even today, famous women scientists such as Chien-Shiung Wu (research on radiation detection and uranium enrichment), Esther Lederberg (discovery of a virus that infects bacteria) and Rosalind Franklin (usage of x-ray to take picture of DNA) have generally been snubbed due to the prevalent sexism in society.

Over the centuries, female researchers have to work as “volunteer” faculty members. They have also had their work and discoveries get assigned to male colleagues, without much choice.

Abdus Salam was the Nobel Prize winning scientist (only the second Muslim ever) recognized for his contribution to the field of theoretical physics. Simply put, the man played a monumental role in helping us understand the weak force and the theory of quantum mechanics.

Abdus Salam did receive the wide acclaim of the scientific community. In his home country of Pakistan, however, he is still treated more like a shopkeeper than a Nobel laureate. Yes, the Pakistani government did posthumously print stamps alongside the apologetic things countries do after a well-known person dies. Generally, however, there was very little public grief upon his death.

The reason was simple enough: Abdus Salam was a Ahmedi Muslim, which is like being the descendent of Tutkhamen and going to a holiday trip in Israel. Ahmedis today are as heretics by a vast majority of Pakistan. In 1974, Benazir Bhutto’s father, Zulfiqar Ali Bhutto, declared Ahmadis to be non-Muslims by passing a seminal law.

This understandably ticked Abdus Salam off as he packed his two finest shirts and headed to England – for ever.

Confessions of a Pakistani Army Brat!