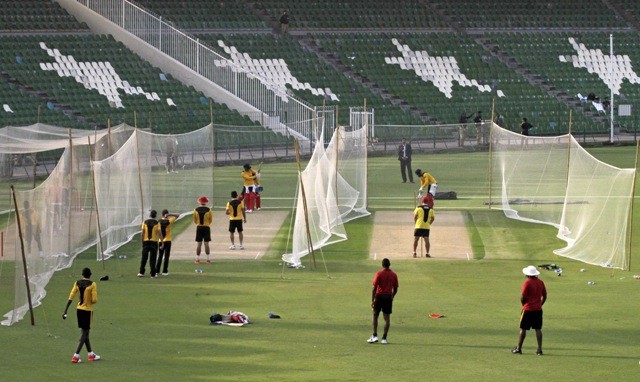 Before the likes of Miandad and Abbas lofted sixes over the boundary ropes around the globe, they were ordinary men who had to master the patchy gullies and the stiff grass in the vacant plots of their respective neighborhoods – that was once a harsh reality of Pakistan cricket. Fortunately, things have progressed considerably over the years, provided one has resources for it. Of the tens of millions of young men in the country who actively play the game, only a few hundred ever step onto a First Class level pitch. For others, the closest they can get is a local floodlit ground providing all of the necessities to play a competitive, friendly match. The sport itself remains more of a pastime than perhaps baseball can ever hope to be in America – cricket is more of a cultural habit than a physical competition.

As a result of the recently concluded PSL Final, a growing interest in the game has resulted in a flock of people of all ages and backgrounds coming to amateur cricket grounds and play the country’s most popular pastime throughout the stretch of the night. The 2017 PSL Final in Lahore has proved to be a landmark event, a saving-grace of sorts, as millions of Pakistani’s once again leaped in joy and shed patriotic tears for a game gradually losing it’s appeal due to an array of adverse news in regards to the national team. This has led to a recent flurry of activity in the amateur cricket grounds throughout the city of Lahore, which are often called the stepping stones between rural contemplation and the gates to the professional formats of the game.

Model Town can be deemed the hub of the city’s night cricket activities, with five cricket grounds being the venue of night cricket games on a daily basis. The grounds boast of facilities which are not present in some of the other areas, including pavilions and technical assistance. The booking for night matches in the ground has become increasingly difficult. ‘Nights are booked out almost a fortnight in advance -getting the grounds for a match on particular dates has become considerably competitive since the cup’ says Shabbir,  a cricketer who plays often at the Model Town White’s cricket ground. ‘The fact that we are doing this without any link to the PCB and the success we’ve had is quite commendable.’

Workforce management, an integral part of corporate skill building, has linked with floodlight cricket on a major scale with an influx of companies arranging such events for their employees and workforce. ‘There is currently a textile group which has booked 15 consecutive nights for cricket matches. Infact, our biggest clients in terms of night matches are from the corporate sector.’ Such activities aim to provide a healthy work environment and help to cleanse out hierarchical differences.

In response to the Model Town policy of all activities at such grounds to be ceased by 12 a.m., companies and cricket enthusiasts looking to play cricket often go to other parts of Lahore, the most renowned of which is the cricket ground at Khayabaan-e-Amin. It is generally credited amongst the amateur cricket circle as the one providing the best floodlights – and is increasingly becoming a favorite due to it’s high maintenance.  Khawaja Tahir, a regular the particular venue, praises the for it’s striking resume. ‘You almost get the feeling you are playing abroad. All facilities are available, including a proper staff, generators and whatever else is required. The ground is maintained as any other professional ground would be.’

The costs of holding the game in floodlights, however, can keep it off limits to many. Haseeb Pervaiz of the Model Town sports society is quick to analyze the trend comparatively, ‘It is really not expensive if compared to other forms of entertainment. A night-match sets you back Rs. 2500-3500 per hour. When the cumulative amount is divided by the number of people, it goes to around a thousand rupees. That is the cost of dining at good restaurant these days – and this is much more fun and healthy.’

Despite it’s inability to be practical for the lower class masses, the trait most commendable about this emerging trend is the realization that one does not need to be a Miandad or Abbas to loft a six over a far-off boundary rope. Not only does night cricket provide a healthy escape for the common Lahori, it also contributes significantly to the roster of young talent to come through the ranks in the near future. And as Haseeb states, ‘the summer happens to be the right time to play cricket at such venues as they charge considerably less due to lesser enthusiasts raising their white flags in front of the summer heat.’