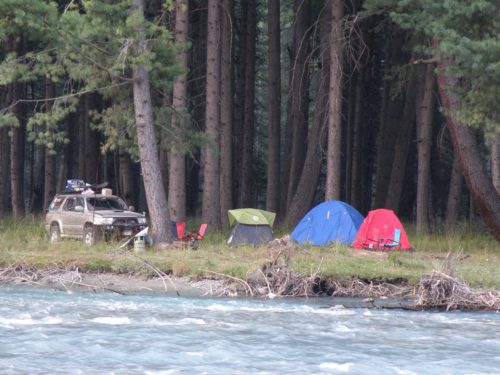 Reviews of Pakistan’s Northern Areas are replete with superlatives and prose worthy of a bad Thomas Hardy novel. Vlogs are no less criminal: individuals with little video production and oratory skills go to the northern areas and turn on the camera with very little of substance to say.

So regardless of how much you read about a place in the big, bad world of Northern Pakistan, there is actually very little you know about it from the handful of sources online.

Kumrat Valley, nestled in Upper Dir, comes with an additional set of mysteries. With roughly five proper articles that review the valley on the entire world wide web, the valley is one of the last true frontiers of the country.

It wasn’t until Imran Khan’s first visit to the valley in 2016 that a majority of Pakistani’s came to know of the it’s existence. In fact, many army personnel, who have been stationed for years in the remote Hindu Kush region, tend to forget that such a valley exists.

And that is where the beauty lies. Kumrat Valley, at least until 2016, was the most preserved and perhaps, most true to nature, of Pakistan’s great valleys. The valley caught my eye from my first glimpses of pictures readily available on the internet. It apparently offered something different from Kaghan Naran, Neelum and the hordes of other ‘heavens on earth’ that we purport to possess. This one had something different, something which reminded you of the Revenant, or any painting, film or piece of music stemming from the Northern Rocky Mountains. Wide spread pine and fir coniferous forests running alongside a clear blue river, with deodar-forested mountains the near background and snow-capped rocky peaks in the background. The type of imagery you tend to see on commercial products that pride on originating from Switzerland, or spring water packaging that wants you to know that you are drinking from the purest, most remote of sources.

Kumrat had me excited; a largely undiscovered Shangri-la amidst valleys toiled and spoiled by human contact. Another thing that excited one was the sheer absence of brick-and-mortar structures; or human developments of any kind – in any of the pictures.

So, with a lot of hopes, I headed out to Kumrat Valley to see first person what very few (relatively, of course) from the outside world had seen.

The 16.5 hour long journey from Lahore is a bit disappointing; you don’t really sense the beauty and grandeur of Pakistan’s northern areas until you are at the heart of the valley itself. The journey beyond Mardan takes one toward the foothills of the Hindu Kush, which although they may not be inconspicuous, are not really postcard material.

Thal is the last notable village before one heads straight into the heart of the valley. The village has two hotels, both of which would struggle to get any stars on most global ratings. For those looking for traditional local cuisine, the chapli kebab’s just might satisfy your cravings – provided that veal meat deep fryed in animal fat somehow fits into your keto diet plan.

Kumrat Valley is about 45 minutes away from Thal. As your jeep moves through the patchy stone road into the forested valley, you quickly realize how different it is from the other notable of the country.

So, how best can one summarize the basic features of the valley? Think a fairly narrow river with clear light blue water, surrounded by three odd kilometres of flat pine forests alongside each bank, moving towards forested mid-sized mountains just below the alpine line. To top it off, as your eyes follow the river water towards it’s path, you see a number of beautiful snow capped peaks clearly visible – 13,000 to 17,000 footers that would fit perfectly in the Alps.

There are a number of camping sites once you reach Kumrat Valley. You would do well to move further into the valley and wait for camping sights such as ‘Serena’ and the ones that come after. The bathroom facilities, unsurprisingly, are atrocious. It is still sad how public toilets, one of the basic components of maintaining human integrity in modern day life, are still not accounted for. Each camping site has one or two bathrooms, with water so cold you would do well to hold your business until you reach home.

Fishing is definitely possible in the Panjkora river that flows through the valley, although low tides during autumn and winters means that only the best anglers would have any chance to catch fish in the moving waters. Net-based fishing, although not a thrilling site, is still popular. Locals charge around Rs. 1500 per kg for any freshly-caught trout – sometimes caught right in front of your eyes.

A couple of attractions require long, yet fairly peaceful treks through the Kumrat Valley forest. These include a fairly decent waterfall where you could take a dip (if you can bear the freezing cold water) and a natural spring called ‘Kaala Paani’. Again, it must be emphasized, if you go to Kumrat Valley, do it for the forests. A peaceful long walk here will do wonders for your peace of mind. If your brave enough, you can walk through the freezing cold waters of the Panjkora river to the other side of the forest, which is far more dense and even more pleasing to the senses. Cow and horse dung aside, the forests are as close to nature as you can get without sacrificing any degree of personal safety when it comes to Pakistan.

A popular attraction for visitors when they come to the valley is the Jahaz Banda and Katora Lake. Accessing these points requires a jeep ride back through Thal towards the other end of the valley. Jahaz Banda is a large meadow which offers a wonderful view of the valley. Getting here requires an uncomfortable jeep till Takai Banda (a no man’s land with a small rest steel-shed rest house and zero facilities) from where you’ll have to trek for two hours to reach the open meadow.

A further two hours and you’ll be at Katora, which is your average head water lake with a stunning view of the local snow capped mountains – much like the lakes in Naran-Kaghan (Aansoo, Saif-ul-Muluk). The weather can be unpredictable in these areas, so make sure that you are prepared, mentally and physically, for all eventualities. If you do manage to get here, prepare for a stunning view of the night-time sky – full of stars and then some.

In closing, I would urge all true nature lovers to visit the valley before your Lahori, Karachi and Faisalabadi brethren come along and trash this place to the ground like they have done so with so many other valleys. The first signs of this are already evident: you cannot go 100 metres before finding Coke cans, Shaan masala mixes and Knorrs ketchup satchets lying along the river bank.

A brief conversation with a local man did bring some relief: apparently, Imran Khan has directed the local officials to ban the construction of brick-and-mortar structures in the valley: ‘anyone who comes here must be ready to bring along their camping material and supplies’, he revealed. If this is true, then this step must be commended. The valley, one of the last accessible green valleys of the country, needs to be preserved. It is a shame that we have to spend thousands of dollars to find some peace in the forests of Central Europe, the Far East and Sri Lanka, when we have the same beautiful sights right across our back alley.

Everything you need to know about Shawarma

18 Popular Pakistani Food Favorites To Get You Hooked