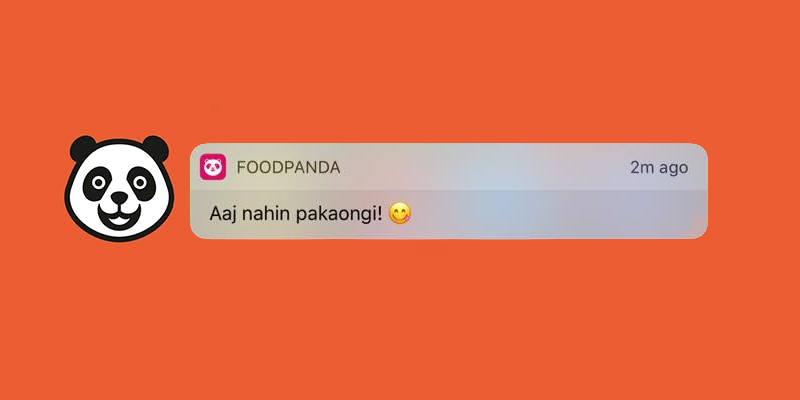 It’s no surprise that all Pakistanis are true foodies from the core! Whether we resort to extreme weight loss measures like ‘dieting’ or spend a quiet weekend at home; ordering food is forever on the itinerary!

The statistics reveal how Foodpanda approximately generated an astounding one billion rupees from delivering food across Pakistan just in 2016.

With that said, it would be an understatement if I wrote that Foodpanda is trending since the year 2012, after being founded only a year ago!

Want to learn more about where Foodpanda originated from? How it grew? Who loves it the most? Why it has become an important part in everyone’s life?

Keep readin’ and find out!

Foodpanda: When and how it was founded

Nauman Sikandar Mirza created Foodpanda with a ground-breaking idea while sitting in his father’s living room in 2011.

By laying out only 4 tables initially, Nauman feared it wouldn’t work out, resulting in the project going down the drain.

Secret Fact: He didn’t have enough finances to pay for the first month’s operations!

Surprisingly, within the year, the project had listed approximately 3000 vendors while reaching out to almost 200,000 visitors!

“I wanted to build something in Pakistan,

While Foodpanda commenced delivering on-demand food items across Pakistan in 2012, the fact of the matter is that the growth in 2018 has been rather incomparable to the previous years combined.

The company outstandingly registered over 5000 restaurants and cafes under their name.

Initial fast-food brands to come onboard with Foodpanda?

While KFC and Subway joined Foodpanda relatively instantly, McDonalds joined in 2015 while Pizza Hut waited until 2017.

What do Pakistanis order the most?

Factually, Pakistani’s cannot fulfill their food cravings until they indulge in a hearty meal, which can only be satisfied by ‘Roti’ or ‘Chawal’.

However, on the contrary, according to Foodpanda, the most preferred are ‘Fast-food cuisines’ at an astonishing 54%, followed by Chinese cuisines at 24%.

Apart from academics, food is the biggest thing on every student’s mind, and believe us, we can back this statement with statistics!

Based on Universities in Karachi alone, 54% online orders are placed for fast-food items, namely pizzas and burgers. KFC and McDonalds top the list!

What are the best selling days for Foodpanda?

This one isn’t hard to guess! Weekends, duh!

While citizens of Manila, mostly students order out on Mondays and students from Kuala Lampur enjoy not-so-home-cooked meals on Fridays; us Pakistani’s are all about weekends ‘Saturday and Sunday’!

Whereas some Pakistanis prefer dining out on weekends with family, apparently bachelors, especially students prefer ordering in through Foodpanda.

In other countries, hunger pangs usually approach at lunch hours ‘12-1pm’ and dinnertime ‘6-8pm’. Conversely, we Pakistanis eat food throughout the day at rather odd hours!

Pakistani’s order their lunch from 2-3pm while they love ordering midnight snacks from 11pm to 2am.

No wonder we are a lazy country!