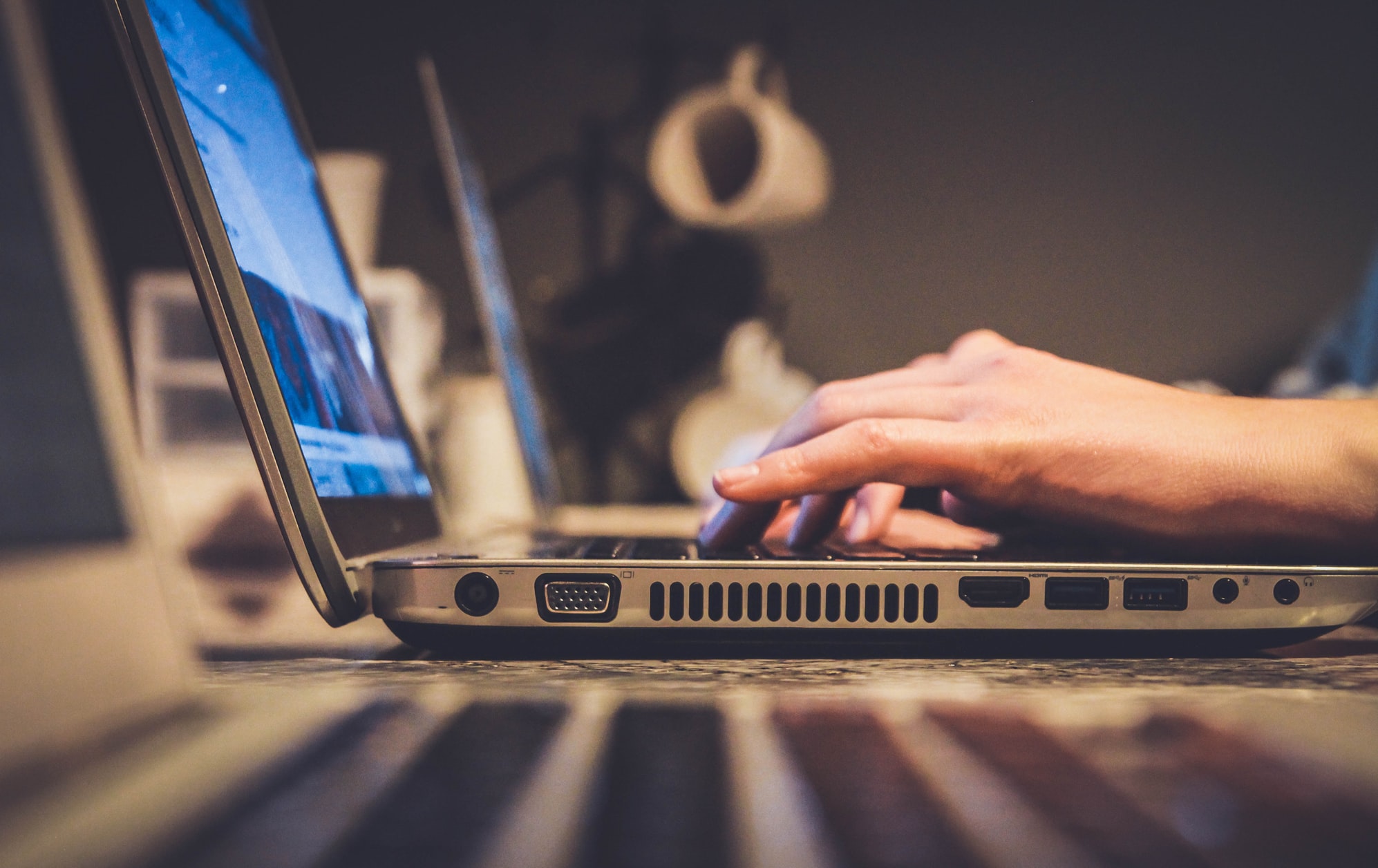 Torrents are still a big thing in Pakistan.

Less than 0.1 percent of Pakistanis use Netflix. Social media networks like Facebook are largely used to stalk people and participate in meaningless debates. And YouTube, despite the rapid improvement in local content over the last two years, still falls behind when it comes availability of A-grade art and knowledge.

So what has driven Pakistan’s cultural and productivity renaissance under-the-hood for the last 15 years? This article explores the story of torrents and Pakistan, and how the latter have helped the country keep up with the rest of the world.

In 1999, Pakistan was a nuclear dead-zone in terms of access to entertainment and knowledge. Low-speed internet and no indigenous programming other than the state broadcaster and a couple of licensed terrestrial channels. Many middle-income and above homes had foreign channels through satellite television, but the experience was shoddy to state the last.

In 2002, a mini-cultural boom took place. A flurry of Pakistani television channels went on air and internet speeds shot up with the introduction of DSL. The use of peer-to-peer file exchange was also introduced to the internet users at large.

Since then, torrents and similar protocols have allowed people to obtain a tremendous array of previously inaccessible movies, software, music and publications. Unsurprisingly, people in developing countries like Pakistan have systemically used the gaps in intellectual property laws to meet their needs for this content without paying a dime.

Is torrent-ing wrong? It depends on who you ask.

This pursuit of art was never a noble undertaking, however. There just happened to be millions who were never going to pay for intellectual property. As they say: necessity is the mother of invention.

We have often heard the saying: torrents are immoral and illegal. A vast majority of this deeply religious country, believe it or not, just does not hold this view. This also holds true for most of the developing world.

The use of torrents and illegal websites to download pirated content could be seen as a justifiable karmic response to centuries of colonization by the west.

To best understand how the use of torrents became the norm, we must look at the people most responsible for it.

There are the data-mongers; the people who download file upon file of movies, software, television series and books. Data mongers sell their police officer father’s service medals just to buy a few extra hard disks. This group stacks up on gigabytes of data as passionately as the US Army does on spam during a war. Where can you find every ‘Masterclass’ ever published? These losers.

Data-mongers are also the library keepers of a great trove of culturally relevant publications. These individuals inspire, influence and instigate others to follow their unending pursuit of digital knowledge.

An Islamic saying goes, “Seek knowledge even if thou must go to China”. Indeed, they will add every imaginable Chinese film to their collection, even the ones that the Chinese tend to ignore. You can also expect every iteration of Adobe Illustrator to be available just in case they need backward compatibility to open a particular file.

Whether it’s Microsoft Office or any other popular productivity software, there is little doubt that a majority of the informal sector works primarily using unlicensed software. This is a norm and not an exception.

And it makes sense. For one, how do you expect a graphic designer who earns $300 a month to buy a $50 dollar Adobe Photoshop subscription? Similarly, do we really expect small private schools, shops and retailers in thousands of rural towns and villages across the world to download official copies of productivity software? It’s a tough ask.

Larger software companies with global distribution have tried to circumvent this by pricing locally and affordably for their most used products. However, this is just not possible logistically and financially for a majority of software vendors.

This gap in supply and demand is understandably met with torrents and similar download sites.

Then there are the seasoners – esteemed hoarders of the fraternity of seasons. They will watch each season, old and new, in isolated weekend marathons. I have personally witnessed 17-year olds in Mughulpura finishing complete seasons of Frasier and House of Cards. The analogy of that is a Jew gyrating to Nusrat during Passover.

And then you must only look towards your Facebook to see how imperative a role these seasons play in the lives of youngsters around you.

Research has shown that the bucket list for the majority of upper-middle class youth consists of finishing each episode that has hit the airwaves. It starts from Friends and finishes at whatever Netflix is tossing at our faces this weekend.

These young men and women, who just fifteen years ago would have been watching Veena Malik host a Top Ten countdown show are now busy watching a college professor cook up some meth and sell it around town. Images of Uncle Sargam’s nose are being superseded by incestuous conflicts on Game of Thrones.

Torrents, without any subscriptions or financial setbacks to their parents, have opened up the world right onto their laptop screens.

Then there are the IMDBers. The sole objective of this lot is to watch the entire library of 250 movies in the IMDB’s Top 250 Films list.

These 15-22 year olds, young men and women, will watch it all: from countless sex comedies (no,
your innocent daughter is not an exception to this process of becoming Munni/Sheila) to films from countries you didn’t know
existed. Nothing bewilders one more than the sight of a 17 year old suffocate through countless Godard films just for the sake of moving one up on this esteemed list.

So now that we have met the visionaries, what effect have these people and the torrent movement in general had on our unassuming lives? Let’s go back to the era before torrents.

Twenty years ago, a search for “Best Protein Powder” on Lycos or Altavista had every chance to redirect you to the personal homepage of Patrick the Poodle-lover. The only evil we took part in was downloading one-off singles on Napster after a thirty-minute wait. It was here that the playlist was truly born, musical tastes diversified; but this was the very limit of free entertainment for the average Pakistani.

The spread of art and knowledge in any form does have it’s merits. For good filmmakers to be born, there needs to exist a social milieu where films are taken seriously as an artfiorm; in which people can freely watch, discuss and dissect films and learn from them. For this to happen, the visionaries of tomorrow need access to original sources of art in the form of films, books and music.

Torrents fill in that gap for the masses in a very convenient way.

Similarly, to create the tech and business professionals of the 21st century, you can’t have them working on Windows XP or whatever operating system they can afford.

Despite the growth and prevalence of open source software, there are many instances where you simply cannot move forward on your digital journey without a credit card. In the absence of the latter, most third world users tend to take the easy route by opening up an instance of uTorrent and getting to work.

A Race to Relevance

A few years back, there was always that one rich kid who proudly showcased his collection of 500 DVD’s in his father’s movie collection. Unfortunately for him, his movie savvy-ness was of little worth in his social circle at large.

Rich kid: Say, what do you guys think about Woody Allen’s Manhattan? I think the black and white cinematography really added
to the ambience of the film.
Friend: “I think Stallone was awesome in Rambo. He has these titanic biceps back then.”
Friend 2: “I think Arnold was more beefed up in Predator.”
Friend 3: “Is Woody Allen muscular?”

Thankfully, most of us have progressed beyond this stage. Torrents have largely been responsible for this by levelling the barriers to entry on a massive scale. No wonder so many online pirates see themselves as modern day reincarnations of Guy Fawkes.

Torrents and Pakistan: How Long Can This Continue?

Today, people are less envious of their friend’s looks, bank accounts and automobiles, and more of how many seasons they have watched over the last week. A few of us have had the courage to load up our credit cards and get Netflix subscriptions. Many more of us use Netflix credentials belonging to one of our siblings living abroad.

But this is still a very small minority – most Pakistanis still use under-the-table means to view the content we desire.

Authorities have unsuccessfully tried to step up and block access. Every time a repository like ThePirateBay goes down, another one goes up in a matter of hours. The tussle seems ongoing – and is likely to continue for a long time.

For Pakistanis, the race is on for who can stay awake through the most Tarkovsky films. Also up for contention: who can listen to the most albums from a genre of which they don’t possess the wildest clue about? And just while you are at it: who can discover the secrets of life by learning palmistry through counterfeit e-books?

In this particular Age of Enlightenment, pretentiousness works hand in hand with curiosity toward the noble pursuit of knowledge.