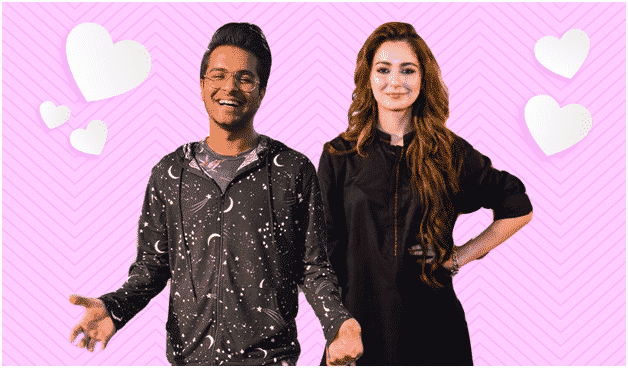 There is nothing like looking at love-struck pictures of a glamorous celebrity couple to make your day extra special. Red carpet events, private gatherings as well as serene long vacations are the occasions when celebrities take the opportunity to introduce their better-halves to their loving fans.

However, not everyone likes to put their relationship under the spotlight and persistently remain tight-lipped about it; sending everyone in a frenzy of whether-they-are-dating-or-not spirals!

Nevertheless, we have created a list of sought-after celebrity couples who have remained pretty secretive about their relationship status and I think it’s time to uncover the sheets…!

Iqra Aziz’s acting prowess is unmatched. Her popularity on social media has soared owing to her Instagram posts where she is frequently seen on outings and vacations with none other than Yasir Hussain. Rather outspoken and known for his scandalous comments in addition to his theater work; the match didn’t seem to be made in heaven but the couple’s pictures told another story.

For a long time, neither of them confirmed their relationship but they recently got engaged and put all the rumors to rest!

This is how Yasir Hussain proposed got down on his knees

Ayesha Omar is best known for her role as Khoobsurat in Bulbulay from years ago, however limelight has not left her nor her shadow since. Nevertheless, one thing that she has been very careful to keep under covers is her relationship status.

When the adverts for Pepe Jeans came out two years back, tongues started wagging regarding her personal life as she was linked with Sikander Rizvi: the male model in the adverts.

He is another multi-talented individual and is best known as Xander, after his famous restaurant in Karachi. Neither of them have denied or confirmed their relationship and we can only wish that they do so!

Here are some more cool pictures to feast your eyes:

Do you guys think marriage is in the cards for them? Well, for now, they seem thrilled enough to be together.

Both Sajal Ali and Ahad Raza Mir starred together as the lead in the drama, Yakeen ka Safar, and went on to star in another drama: Aangan; fueling romance rumors here and there!

Neither of them denied nor confirmed their relationship, though they did randomly post pictures together on social media as mere friends.

Recently, they got engaged very quietly and finally put their fans out of misery.

Another couple on the block that has people guessing their relationship status is Hania Amir and Asim Azhar.

Both are totally smitten with each other and that shows on their social media.

However none of them has ever confirmed their romantic relationship publicly, leaving people guessing.

Maybe the spell will last a whole season..but it seems something stronger is in the cards for the happening duo!

Both the actors have never commented on their relationship status, though rumors have always been swirling around about them being romantically connected.

Besides working together on multiple projects and even being invited to shows as a couple, there is no denying the fact that both of them have amazing chemistry with one another and they look absolutely stunning!=

Do you guys also think there could be more than just friendship?