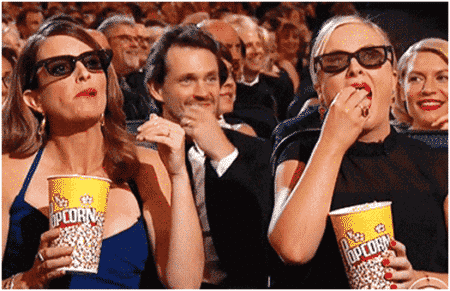 Pakistani film industry has undergone a revolutionary change over the past decade. The quality of films and acting has gone up and people are actually turning up in cinemas to watch Pakistani movies.

From comedies to romantic movies to patriotic feature films and movies that touch sensitive and social issues; The Pakistani film industry is not leaving any stone unturned.

With a number of high-profile movies releasing this Eid-ul-Fitr, let us take a look at some of the best films that you might have missed. So sit back, read on and catch up on these awesome films if you have time on your hands!

Directed by Shoaib Mansoor and released in 2007, this multi-starrer film started the industry revolution which was much needed at that time.

Starring Shaan Shahid, Fawad Khan and Iman Aly, to name a few, the movie follows the lives of two brothers after the events of 9/11 and how this event impacts their lives in different ways.

This was not a typical ‘filmi’ movie but it still caught the attention of a lot of people and made a mark in the industry. The soundtrack of this movie is haunting and soulful and really touches your heart.

Till date, it is one of the highest grossing films of Pakistan, and if you are in the mood to watch something that touches your soul, opt for this one for sure!

Moor was released in 2015 and it received a lot of critical acclaim owing to its meticulously crafted storyline, script and dialogues. The movie was directed by Jami who is a well-established and seasoned director and starred Samia Mumtaz, Shaz Khan and Hameed Shaikh in the lead roles.

The story revolves around cultural values, morals and traditions and though seemingly the storyline is simple. However, it is the ace direction and acting that turns it into something else.

Keep in mind that this is not a light movie, so make sure you are in the right mood and frame of mind to watch it.

One of the highest grossing films in Pakistan, this film was a joint venture to raise awareness about family planning and gender issues. The dialogues, direction, acting and the soundtracks all compliment each other and make it an unmissable movie.

Moving on to some light movies, it would be unfair not to mention this particular film which, in a way, spear-headed the slapstick comedy genre in our industry in recent times.

The movie may remind you a little bit of ‘Hangover’ but trust us, it is a highly desi and hilarious version with a number of catchy songs to go with it.

Punjab nahi jaungi released in 2017 was widely appreciated by the audiences, both in Pakistan and abroad. The storyline is straightforward and predictable, yet it is the comedic timing of the actors that steals the show.

With Humayun Saeed, Mehwish Hayat and Urwa Hocane in lead roles, beautiful cinematography and an awesome amalgam of Punjabi wit and humor – it is a must-watch if you are in the mood to LOL!

Grab a Bag of Popcorns and Enjoy Some of the Best Pakistani Movies!