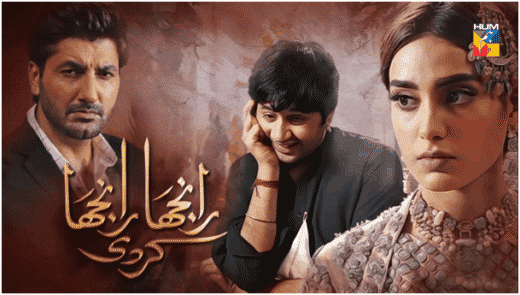 ‘Game of Thrones’ is officially over and needless to say all of us are suffering from severe withdrawal effects! Before you get desperate and plunge yourself in gloominess, tune in to some really good Pakistani dramas that are currently on-air.

You’ll be surprised to see that you are spoilt for choice.

Gone are those days when there were only a couple of T.V channels with good dramas.  Today, not only are there a lot of great channels but the quality of dramas has drastically improved.

Which Pakistani dramas should you watch?

Here are some awesome dramas which are still running or have recently wrapped up and should definitely be binge-watched!

A period drama based on Khadija Mastoor’s equally intriguing novel, this drama is a must-watch if you love traveling back in time. Boasting a stellar cast comprising of Ahsan khan, Mawra Hocane, Sonya Husayn, Sajal Aly, Ahad Raza Mir and Hira Mani; with its amazing direction and production, this is one of Hum television’s finest production.

It airs every Thursday on Hum T.V. and you can find its earlier episodes on Youtube effortlessly.

Ever since its release on Hum T.V. last November, this drama has captured the hearts of many and there is a good reason for that!

The outstanding performances of the main cast Imran Ashraf and Iqra Aziz are beyond extraordinary and have garnered a lot of appreciation from the audience. Syed Jibran plays a perfect antagonist to Imran Ashraf’s character, giving the final icing to the cake.

Directed by Kashif Nazir, it is an unconventional love story between a sweeper’s daughter and a wealthy but mentally challenged boy, portrayed excellently by Imran Ashraf. If you are on a quest to binge-watch on a drama that will make you laugh and cry at the same time, then Ranjha Ranjha Kardi it is!

Cheekh is an ARY digital drama which has received immense critical acclaim. Besides the story being completely unique, the acting prowess of Saba Qamar and Bilal Abbas Khan have made sure that this drama remains the top most watched drama of this year, as of now!

It should also be mentioned here that Aijaz Aslam has acted brilliantly and till date, this is one of his finest performances. Written by Zanjabeel Asim Shah, this drama has some seriously tough n strong women who know how to kick ass, which is exactly what lacks in most Pakistani households (it shouldn’t though!!)

The story revolves around three close friends and how a tragic accident tears them apart. The drama also casts a light on the justice system in our country. Be sure to catch up on all the missed episodes and tune in to ARY every Saturday.

It would be highly unfair if we don’t mention Do Bol in our list of top Pakistani dramas of 2019.

This ARY drama serial recently concluded and it goes without mentioning that it had a cult following, so much so that fans are actually craving for a sequel!

Starring Hina Mani and Affan Waheed as the main leads and supported by veteran actors Mehmood Aslam and Samina Ahmad; the story is simple but it has been executed brilliantly.

The dialogue delivery and acting are at par, making it worth your while!

Catch Up On the Top Pakistani Dramas of This Year and be Totally Amazed by the Stellar Performances and Awesome Storylines!