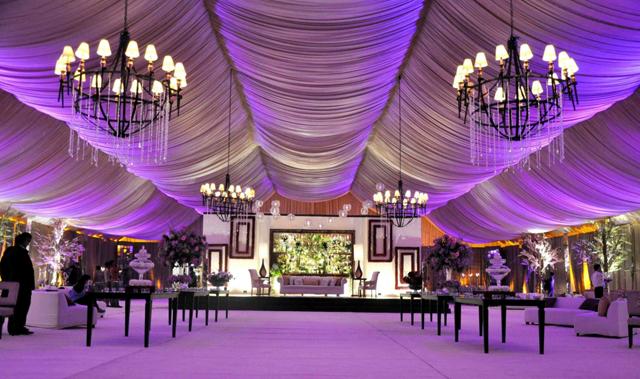 The trend for lavish weddings with prolonged events has become quite the trend in Pakistan today. With festive decorations and food fit for a king, weddings in Pakistan are no less than royal events around the world.

A few of these ceremonies have truly stood out and captured mass media attention owing to the vast amount of money spent arranging them. So why wait? Let’s get down to business and see which ones are the best and take the cake!

This beautiful couple has been in the limelight for a long time and with good reason too. I mean look at them! Couple goals all around! However, despite the obvious happiness of the bride and the groom, which SHOULD have been the central focus, the photographers were more concerned with the brilliant display of wealth by all attending.

It all began with a romantic proposal at none other than the epitome of romance, the Eiffel Tower. With Urwa in an iconic red dress, the picture was just perfect!

The events themselves were extensive with numerous dholkis, qawwali night, nikkah at the serene Badshahi Mosque and finally a grand reception in December 16’.

The wedding has received widespread media coverage. And who can blame the media? The elite of the Pakistani film industry were in attendance at the events including veterans such as Bushra Ansari, Resham, Noman Ejaz among others. Not only the people, but the swirling skirts of heavily embroidered designer wear were a feat themselves and attracted much attention!

Glittering jewels complimented the luxurious clothes. All in all, it is definitely a wedding we wish we could have attended.

Let’s have a look at some pictures from the awe-inspiring events:

It all began with dholkis! This was the first one where Urwa donned an intricately worked Elan ensemble and paired it with traditional khussas.

The happiness of the couple is evident from their faces!

She chose a subdued color palette for her nikkah at the Badshahi mosque. Paired with cultural jewelry, the whole effect was truly sublime!

The gorgeous décor and celebrities in attendance were awe inspiring! Ali Zeeshan can be seen in the picture dancing the night away!

Urwa and Farhan were supremely comfortable with their wedding festivities being broadcasted all over social media, and their attitude was truly appreciable. In the age of smartphones, it’s almost impossible to keep such events totally under wraps and why deny fans and followers the happiness of being a part of your celebrations virtually?

This is what Urwa had to say about it:

“Everyone nowadays owns either a camera or a smartphone, so obviously you can’t stop anyone from capturing everything and it also would have been really rude to not let them. Therefore, we decided to allow everyone to take pictures, make videos while we just enjoyed our moments,”

This particular wedding had the press go insane. The blatant display of wealth among the former administration of the Country had everyone questioning the authenticity of it all. She is Nawaz Sharif’s grand-daughter after all, and no expense was spared to ensure the wedding was the talk of the decade, setting new benchmarks in opulence.

The match too, is splendid! Where on one side is the swimming in money family of Nawaz Sharif, on the other side, the groom too belongs to one of the wealthiest families of Pakistan. Mehr-un-Nisa Safdar married Raheel Munir, son of much acclaimed business man, Chaudhry Munir.

The sheer number of guests meant that the wedding could in no way be held in traditional marquees. Therefore, it was held at the Ittehad Farm House, where not one, not two, but FOUR marquees were erected to house the guests. The beautiful flower-filled décor made it all seem like a fairytale.

Guests in attendance were the high and the mighty of Pakistan’s politics including the governor Rafiq Rajwana, Chief Minister Shahbaz Sharif, other provincial and federal ministers as well as the cream of the political parties. Wishing you were invited too?

Dubbed as the mother, (and in some cases the father) of all Pakistani weddings, Annush Ammar and Munib Altaf tied the knot after what seemed to be an endless list of functions. Remember the cliché, “big fat wedding”? well, they knocked it down and then gave it a whole new meaning altogether!

Defying all logic and sense, here is a list of functions for you to ogle at:

Oh, and get this, it was partly a destination wedding too!

The functions began at Lahore with:

Second location: None other than the dreamy Istanbul:

• Yacht Party at the Bosphorus (WOW)

And the list just goes on and on and on. Bear in mind that we haven’t even gotten around to the baraat and valima yet!

All ensembles of the bridal party were of course, worth a fortune in themselves. With the bride and her family donning dresses from designers like Bunto Kazmi, Elan, Faraz Mannan and even internationally acclaimed designers such as Roberto Cavalli, the final event of the extravaganza with the bride donning an outfit from the truly tremendous designer Ellie Saab.

With diamonds glittering at her neckline, she topped it all off with a tiara too!

Their wedding has attracted much heat too, with people openly criticizing them for the amount of money “wasted” so to say.

Here are some more pictures from their spectacular wed-athon! (Like marathon, get it?)

She donned a hot pink ensemble at her bridal shower. The tiara and diamonds completed the look with quite a flourish.

Making quite the statement at her Disney themed party, along with her beau.

There are so many more pictures but hey! We can’t share them all…!