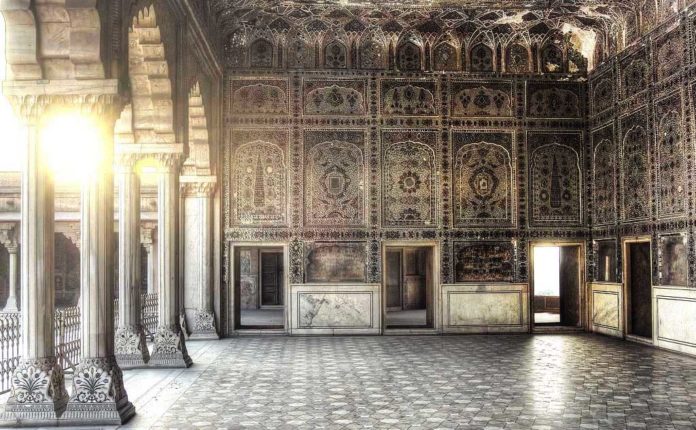 All cities of note and their inhabitants, from the John Doe’s to the distinguished, are guilty of it: rhetorical acclaim of it’s glorified past and a larger-than-life representation of the present. Fellini’s self-importance (just falling short of narcissism) interspersed with his love for Rome led him to film a directionless two hour-long tribute titled ‘Roma’, the main character being the city itself. Orhan Pamuk’s Istanbul: Memories and the City manages to titillate and bore you in a unique ode with the minutest details of the city. The bard of Avon is guilty of romanticizing many a European city with his grandiloquent odes. Read too much Shakespeare and you would think Jesus and Noah might stop by Venice any day for a quick game of snooker.

For Lahoris, like proud dwellers of all major metropolitans (with the exception of Islamabad), there is a certain liberty taken in the amplification of facts and figures under the banner of hometown jingoism. We hear awe inspiring tales of epic bravery as commoners walk about in bazaars right after a suicide attack has killed 45 people, oblivious of the fact that somewhere in Africa, some one is probably listening to reggae while his neighbor’s family is being assassinated two doors down for putting up a rival politician’s picture.

We talk about the food and the richness in our culinary variety, until we meet a family member from Karachi who scorns us with his otherworldly wisdom of spices and sweets. And when your logic leaves little to say, there’s always an array of widely raped catchphrases, with one literal translation going as ‘Lahore is Lahore’, which to a skeptic would read as ‘I live in Lahore and I will love it till I get my American passport.’
Is it, therefore, just a pruning loyalist attitude in believing that this city of 10 million strong could have any credible justification to meet the criteria of ‘great’? We may not have had noted poets of a universal influence; unless sporadic examples such as a ‘Tribute to Faiz’ dinner at an Indian restaurant in Utah hosted by a catholic nun with a Masters degree in Urdu can be deemed as being ‘widely influential’. We have also not have had the luxury of talented filmmakers, barring Rashid Dogar who did put in an extra effort to highlight our nightlife in his illuminating masterwork ‘Saturday Night.’ Heck, we don’t even have intellectual minds such as Navjot Singh Sidhu to tell the world about the beauty of playing street cricket in Delhi in his English household butler vocabulary.

The hypothesis of this piece is no less than to instill a Naziesque belief that we are poised to have our place in history and not just because of any superior physical prowess (the Akmal brothers will provide much killjoy to any far fetched aspirations there). Yes folks, Lahore is special. If the world were hanging from a pendulum right this day, we would be right in the center, not too much into the Alps and not too much into the Africa’s. This balance, as is taught by the philosophies of Zen, Islam and most crucially, Oprah, is the key to life.

The readers of a publication such as this, or those Lahoris who read actual text in English language publications are neither baby boomers, nor seasoned revolutionaries; but they have a unique vantage point. Within the past 60 years, they have has seen democracies, superficially progressive dictatorships and gruesome tyrannies (Nadeem F. Parachi mentions weird things in disfavor of army regimes, such as an incident in which he wept after hearing of Zia flogging a donkey on suspicion of lewd behavior in a public place) – content which would’ve made Dickens giddy as he was penning down his research notes for A Tale of Two Cities. We can almost picture him jotting down a famous line, ‘…and on this side of the Punjab was a dictator with a large mustache and mascara beneath his eyelids.’ This is perfect territory to analyze the benefits and downsides of socialism, democracy, dictatorship, imperialism and Zardarism, which literally means you inherit the country through your father-in-law.

Lahore is a city in search of a nomenclature for it’s unique blend of life. There are agriculturalists, industrialists and tertiary sector entrepreneurs, but that is not where this unique city gets it’s bread and butter from. The celestial relationship between landlord and tenant has promoted a simple to understand economic system: landlord receives lakhs upon lakhs of rent for shops his grandfather bought in return for a buffalo. He uses it to buy books, travel abroad and increase his awareness of the world. For the sake of time, let’s assume the tenant does not exist, because it is assumed he would not buy an English language publication, right?

Due to this difference in capital, there are people for whom Apple is still just a fruit and the first law of the land is the one set upon you by your father. Just across the canal, a son is being informed that his Dad is out with his boyfriend on his new Porche Carrera. It is quite a contrasting and abundant reef, where the big fish swim with swarms of the faceless majority, and that is true capitalist equality.

We do not read about poverty like schoolboys in Brooklyn who accumulate quarters and dimes for their UNICEF cardboard coin boxes. We see it everyday -as we step outside of the vicinity of the city to go to our new university campuses at the far borders of the city, so far away that the universities are ashamed of exhibiting the bitter truth that the campus is as much in India as it is in Lahore. We know the horrors of poverty first hand; always present to remind us about the benefits of working hard. But if you yourself fall on hard times, do not think that Lahore has given up on you. You can fill up your tummy any time with an All-You-Can-Eat free of cost offer at Data Sahab, a buffet bought to you by the lovely superstitious people of the city.

The Mughals have left us with their splendid architecture (buildings which matter only because they were made by the same dudes behind such runaway hits as the Taj Mahal). The Hindus left us with wedding customs, which would eventually leave us penny-less and wondering why they are here in the first place. From torrents, our youth have inherited the entire pop culture of the states, from Friends episodes to the latest Tarantino film. Much parallel to exiled cricket team, destinations such as Dubai, Thailand, London and New York are all distant second homes, or so we’d like to believe so. The former two are where we receive our telegram payments from and the latter is where we spend that money (after the rent is paid to the landlord).

We inherit the world’s largest film industry through our cultural links, and other film industries mostly due to social complexes rather than any raised aesthetics. From Great Britain, we have received countless abundances, from cricket to a newly discovered passion for football, which our cousin instilled on his half-a-decade ago when he bought back the Manchester United t-shirt from UK and we asked him if it was a textile worker’s union. It is almost sinful nowadays not to know vow for either Barcelona or Madrid, although if we were presented with a map in order to pinpoint Spain, half of us would be looking near South America.

We know what terrorism is first hand, and we know what peace is when the terrorists shift to Karachi for the next season of ‘Whose bomb is it anyways?’ We do not wince when we see hair-raising violence in terrorism-based video games such as Black Ops II, we sit back and laugh since our local news channels show the same stuff, only with real flesh and bones.

Racism in Lahore is not restricted to a livid recitation of Rosa Park’s famous bus ride or a Texan mother calling a Jewish kid ‘a Jew’. One just needs to take out their dog for a walk and come across the smoke covering the grand skyline, houses which once belonged to the religious minorities (Christians, or Choohra’s as Mohsin Hamid refers to them for the sake of artistic literalism). Where else do you get life’s fundamental lessons at your front door?
Historians who are into the study of life before and after electricity; or for post doctorate students looking for a thesis study of how life has changed since Tesla’s AC current came about, look no further. There are two distinct modes of business and leisure. There’s one with light and one without. UPS batteries and generators have replaced an honest managerial staff as the most essential factor in running a successful business. It’s a fact no book will tell you. If you go to cafe and the drinks are not cold enough, your instant reaction is that of sympathy rather than annoyance, the same way your well educated child stares at you when the red light of doom starts to blink.
The religion of the masses competes with the discounted prices on Dawkin’s ‘The Blind Watchmaker’. We have the exclusive position of being protected from the self-reliance and selfishness of the greater cosmopolitans of the world, and being immune to the pedestrian religious attitudes common to the rural. We are strung in the middle, too comfortable in the holds of faith and spirituality and too intelligent (some of us anyways) to be ignorant of science. This is good territory, for it strikes a balance from jumping into the sea and going too far into the forest. Yes you, people who read affluently in English, are sun stroking at the beach. Be generous with the sunblock cause either way – you are bound to go to hell.

Now n the fact sheet, any romances by the Ravi may pale in comparison to a Romeo and Juliet. Any sunset at the Mall would flinch if it comes across what Alexandria has to offer. The heat is cold and pale in comparison to the one the Balasubramaniam’s have to bear in Chennai. And any other category in which Lahore shines would eventually be snatched by it’s greedy half-brother Delhi, since the older brother is always wiser and gets the better share of the family fortune.

But while we may trail behind others on the individual tallies, we as active participants of history are a force of reckoning. The city’s present identity is not in it’s art, nor it’s culture. in fact, a history of countless invasions and rulers has plundered it of much genuine identity beyond the Moghul lust for constructing open courtyards. The true beauty is that it offers a little of each world, time in history, culture, reality of the human condition, whether good or evil. From the realities in which an atheist doctor in Defense returns from his research study in molecular cancer, to a starving soothsayer who cures the same disease with holy water for a mere 100 rupees; from the 3D cinemas propping up at every corner to a group of people flocking, to a house where 20 family members sit around a 21 inch Magnavox; we may not have the best of any world, but we do have a little of each. Anthropologists, metaphysical philosophers and heavyweight boxers have all pondered over the lessons of history and the penultimate reality of life and failed to provide any definite answers. Here is an open invitation to come understand the human condition and all major sociopolitical phenomena under one massive roof – our great city, Lahore.