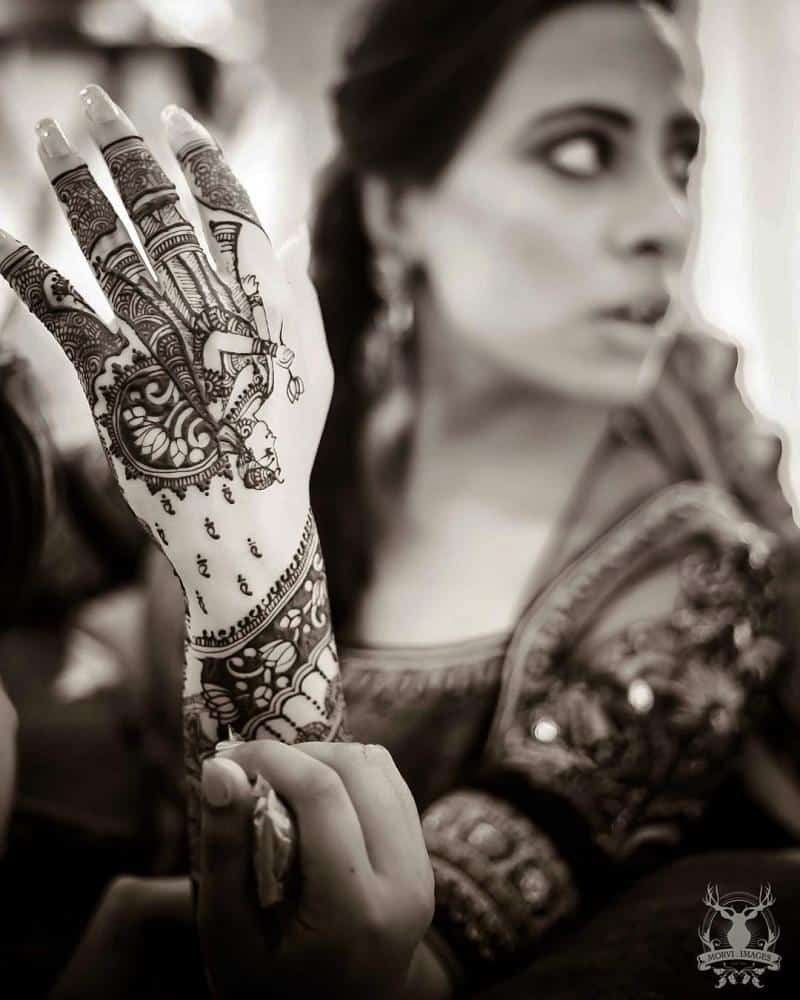 Henna is a traditional ‘paint’ so to say, which is most commonly used for decorative designs on the hands and feet during marriage ceremonies.

The word “henna” immediately brings to mind: happy, blushing brides with swirls of neatly applied henna all the way up to her elbows, laughing and enjoying some of the most significant days of their life!

Let’s Delve into the History of Henna!

Henna is largely associated with Asian culture as being used for adorning brides on their weddings. The concept of a bride without henna on her hands is literally heart-attack inducing to the haw-hayebrigade present at every wedding!

It is also widely used for other cosmetic purposes such as dying hair, painting nails or simply to stay cool during the hot months of summer.

The origins of henna being used as a form of art can be traced to Egypt, approximately 9,000 years ago – Cleopatra herself is rumored to have used henna…imagine that!

Not only that, but henna was also used in ancient Egypt for its medicinal and healing purposes as during the mummification process to paint the nails of the mummies before burying them.

With people of different cultures mingling with others, it is difficult to pinpoint where exactly henna was discovered from and began its journey of fame. What’s for sure is that it’s here to stay!

Interesting Fact: Needless to say, henna also has a number of affiliated superstitions. One particularly interesting one is that the deeper and darker the henna stain on a brides’ hands, the better her relationship will be with her husband in the future! Good luck girls!

Shocker – Henna is used for more than just adorning brides!

Henna, comes from the plant Lawsonia inermis, also dubbed as the henna tree. It has many uses, some of which are elaborated below:

Hair color – along with painting patterns on the hands and feet of brides and bridesmaids, henna is also used as a natural hair dye.

It is particularly useful as a hair dye since it’s free from harsh chemicals that harm the hair strands. It is also recognized to improve hair health by sealing the cuticle, preventing breakage and enhancing the shine and appearance of hair.

In addition, it is said to prevent dandruff.

Cooling agent – Henna is particularly useful in relieving the effects of intense heat such as during sunstroke. This can be done by soaking hands and feet into a paste of henna to retain body temperature.

Headache Reliever – Henna has anti-inflammatory properties that reduces tension and promotes healthy blood flow in capillaries. It is for this reason that it is often used when seeking a quick remedy for intense headaches and migraines.

Due to its anti-inflammatory properties, henna oil is also used for treating arthritic and rheumatic pains.

Blood Pressure Regulation – this wonder plant also aids in lowering blood pressure. This is because of its hypersensitivity effects that relieve stress on the cardiovascular system.

It is also said to prevent the build-up of platelets and plaque in the arteries of the heart, thus preventing heart attacks and strokes.

Detoxification –Henna is known for working wonders on spleen and liver. While every tiny part of the human body is essential and is playing a vital role in maintaining our health and vitality, the liver is no exception.

Henna helps eliminate toxins we ingest everyday through the air or through daily food consumption.

By optimizing the functions of the liver, many other fatal conditions can also be avoided.

For this purpose, the bark or leaves of the henna plant are should be soaked in the water and then the consequent liquid can be consumed.

§  Insomnia or restlessness is a pesky sleep disorder which may not sound very serious, but is very frustrating for anyone who is actually going through it.

Henna oil has been known to provide blessed relief from such a disorder. Addition of henna oil to your daily regimen will help in achieving a restful sleep, ensuring you wake up recharged to take on the world!

Henna is commonly applied to burns, wounds and scrapes. Henna is able to eliminate inflammation as well as protect the skin against infections and is thus very useful for such infliction. It also provides a quick soothing effect which can be quite relaxing.