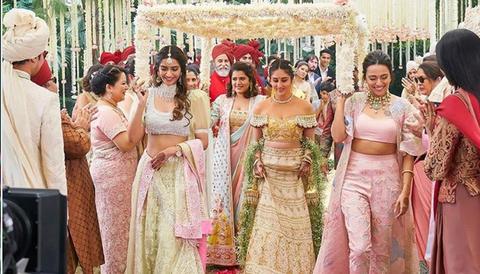 Cousin marriages are quite the norm in many third world countries, including Pakisatan. Haven’t you all been threatened to be married off to your khala ka beta or your phupho ki beti at least once in your life?

If you say no, I must tell you, you are missing out on a vital experience of being a true Pakistani!

Jokes apart though, our curriculum used to include a topic on the Hindu caste system where the castes were strictly forbidden from intermingling.

While we may pretend to have risen above all such systems and prejudices, there are still a large percentage of families in Pakistan who are still strongly entrenched in meaningless traditions such as those that involve making sure the children marry within the same caste; which often means within the same family.

Cousin marriages are a huge reality of Pakistan today. We think that with modernization and progressive educational institutes we might have outgrown at least this portion of our history, however this particular tradition is very much alive and pulsating even in the most educated families.

Worth mentioning here is the fact, that the western world despite allowing gay marriages and lesbian marriages, strongly opposes inter-family marriages.

Talk about calling your bhai-jaan his honey later!!!

Nevertheless, in the light of researches, bringing to light the harmful effects of cousin marriages, countries have gone so far as to introduce legislation banning inter-family marriages.

All the reason this system ought to be abolished

So for all the boys and girls being threatened by a rishta from your family, please feel free to circulate this among your parents.

It might not make much of an impact since our parents’ brains have been embossed with this mentality since generations:

On a serious note, a study was conducted in order to investigate the high incidence of infant deaths and congenital abnormalities among babies in the Pakistani community.

The conclusions drawn from the study were that first cousin marriages are a bigger factor than any other contributing towards this situation. Alarming statistics indicate that marriages to blood relatives account for nearly a third of all birth defects in babies of Pakistani origin.

These birth defects are often fatal as they pertain to the heart or the nervous system, leading to not only a miserable, disease ridden existence for the innocent child, but also a terrible life for parents who are destined to then see a piece of their heart in pain right in front of their eyes and being totally helpless about it!

What can we do about it?

With many families continuing this tradition blindly, literally for centuries, it is an extremely sensitive subject to broach. In case you were wondering about the look you’ll get when you do broach the topic, well here it is:

Owing to cultural values rendering the practice untouchable, the topic needs immediate attention, but with a lot of care:

Lastly, the topic must be talked about, it needs to be addressed, so make it a point to normalize the issue rather than keeping it under wraps.