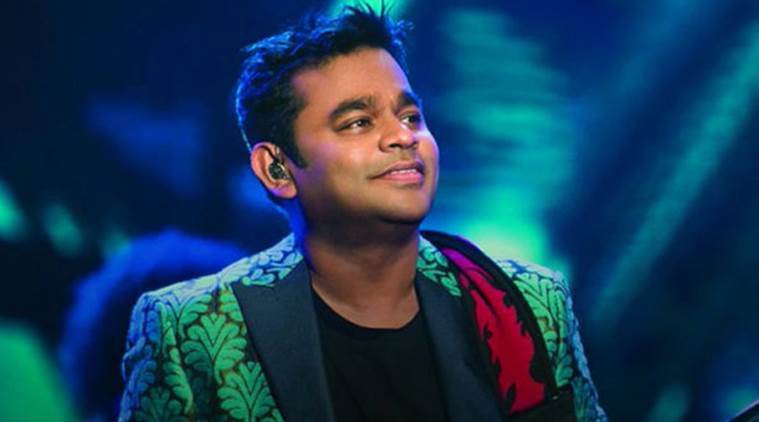 The article was written in late 2015 and may also be accessed using Medium.

For it’s London based diaspora, India’s 68th Independence Day festivities were headlined by a one-off ‘Greatest Hits’ concert of it’s most celebrated musical genius: double Oscar and Grammy winning-composer A.R. Rahman. The evening – a ‘sold out’ affair as Rahman iterated on social media, was to be a celebration of his greatest hits over a career spanning 25 years. As the event began, however, the proceedings symbolised much of that has gone astray with Rahman’s still indubitable craftsmanship.

Although many point towards the wear and tear that often catches up on genius, the fault here – as evaluated further – seems to lie much in the use of rationalised modernist narratives of progress and change.

More than a month has passed by since then – giving one ample time for sombre reflection.

On paper at least, the indicators of a decline in Rahman’s career since the glory days of Slumdog are not quite apparent. Since spurring onto Bollywood, a normal year for Rahman has typically been headlined by a couple of critically acclaimed Hindi and Tamil soundtracks and the odd international project that manages to generate a stir but not quite the wave. This trend has continued onto the present: hits such as Lingaa, Highway and I have allowed Rahman to sail along, despite the lesser celebrated albums.

The digital media pundits have also continued the tradition of legitimising the Rahman brand religiously: each development in the Mozart of Madras’s itinerary fails to go unreported.

Seasoned connoisseurs of his music, however, have for many years now highlighted the increasing depersonalisation and degradation in Rahman’s creative output. There have been such false cries in the past – but Rahman, the undubitable talent that he is, has always retorted with masterpieces like Saathiya (2002) and Guru (2007) to silence his detractors.

‘He has always retained an original sound; mixing up different sounds through a unique juxtaposition of genres and styles, until they resemble something only he could muster up. Despite his experimentation, he has always hada recognisable and distinct sound’, said Omer Khan, a seasoned fan who was present at the concert. What he refers to here is the much-lauded Rahman signature: aptly summed up as the innate ability to forge unconventional melodies into a rich fusion of diverse musical styles and arrangements. He manages to do this while retaining the charm to entice even the most naive listened – although, as per the slow poison theory advanced by amateur critics, it may take a few listens to get the hang of it.

But would it be fair to deconstruct Rahman’s genius into a simplified holistic proces? Perhaps not. Although fusion – the ungrateful concubine of more than a handful of music critics in the 90’s –  does well in describing Rahman’s output in the late 90’s, his music was always much more than sheer experimentation between styles and genres. It had range, space, mystery and ‘magic’. Here, for the first time in Bollywood, were genuine western classical strings swerving to the powerful cries of sufism. Here were raw indian orchestras tangoing with minimalistic and imaginative percussion setups. The South Indian voices too were foreign to contemporary Bollywood sensibilities, yet managed to take listeners to places they had never been before. India was for a long time utterly mystified: by the time Rahman’s Chaiyya Chaiyya reached theatres, fans and pundits alike were aware that the messiah had arrived.

It was precisely this Rahman that went missing at the O2. Rahman’s entourage of singers –  except the uber talented Javed Ali, failed in delivering the awe factor that had first blistered the conventions of Bollywood in the mid-90’s. This young lot of singers, as apt as they may be to their own particular styles, failed to project the distinctiveness once associated with the maestros that frequented Panchathan. As a result, many of Rahman’s more nostalgic and yearned-for tracks in the evening were lacking the allure of their original singers. A Roja Janeman without S.P. Balasubramaniam or a Tu Hi Re without Hariharan makes sense in a tribute concert or an episode of Indian Idol, but not in a Greatest Hits concert.

There is much rationalism and thought behind these larger developments: Rahman’s musical journey has been increasingly embedded within a modernist discourse of progress and ‘keeping up with the zeitgeist’. Some of these developments are entirely justified: it would be increasingly difficult, for example, for Rahman to penetrate an increasingly westernised core audience with an ageing KJ Yesudas or KS Chitra singing ballads within each soundtrack or stage performance. Identity, as modern psychology shows us, is something that reshapes and develops constantly over time. But does this mean we need to forget the past completely in a bid to rediscover and reinvent ourselves? This question holds existential connotations for someone like Rahman, whose musical identity defined the zeitgeist for over two decades – and not the other way around.

Music today is a dynamic field that has changed significantly. Good music today is varied and plentiful; and novelty is often in looking towards the past. Modernism, the discourse that Rahman seems to have picked up on in a bid to stay relevant, has gone in and out of fashion. This is especially true in the west, the musical clouds of which initially took several years to rain over India. In today’s digitally connected world world, however – ideas, tastes and sounds are shared and appreciated in a matter of moments.

Whereas any successful artists could be forgiven for having an existential crises in such a scenario, such a fate should not have met A.R. Rahman.

The greatest loss therefore is where it matters the most ultimately: legacy and identity. Numbers will never fail Rahman. But as many students of his music realise, the signature Rahman has completely gone missing: the strong carnatic backbone of daring flute and tabla interludes, the experimental string arrangements of both eastern and western classical, the resounding sufi alaaps decorated with otherworldly synthesized percussions have now been over ridden with generic bubble gum pop song instrument packs, directionless attempts at Jazz and novel sounds that lack the aesthetic ingenuity of western counterparts. Many of Rahman’s tracks today differ little in quality from the rest of Bollywood. It is not just that the Bollywood music fraternity has caught up with the times – it has: G.V. Prakash (his nephew) and Amit Trivedi sound more like Rahman then the man himself. But then again, Rahman has entered a race that was never his to take part in. He has chosen to conform the aural zeitgeist rather than helping shape it further.

On the same lines, the progressive narrative of ‘changing with the times’ has not really produced desirable results.  Witnessing Rahman change between different avatars in his bid at showmanship was another faint exercise and a genuine case of bad marketing. Disingenuity israrely praised unless the brand is formed around it. If Pavarotti were to magically wake up from his deep sleep and walk on to the stage, we’d expect him to do more of what defined him as a maestro and less of his newfound passion for Reggae.

As Rahman’s piano solos and renditions of Dil Se and Ishq Bina illustrated, his core abilities are too strong for the ship to sink under water. But it is time that we look at the bigger picture. For the sake of genius.

In a bid to free ourselves from the defense given against the above arguments: let’s ask a few questions. How will more informed listeners of the future look back at a ‘Roja Janeman’, ‘Chaiyya Chaiyya’ or ‘Saathiya’? Ultimately, these tracks will be seen as seminal artworks that have helped define Bollywood music for the next few decades. Perhaps no different from Shankar-Jaikishan’s ‘Pyaar Hua Ikraar Hua’ from sixty years ago. But what about the more recent hit songs – such as a ‘Tum Ho’ or ‘Ranjhana Hua’ – what do these tracks add to the musical landscape of our times? Not much.

Such a legacy does not justify the man Tamilians still refer to as Isai Puyal (the musical storm). For us who have grown up on his work in Bollywood, one can only hope that the Mozart of Madras pens his requiem and leaves the catchy yet generic ditties for men more ordinary.