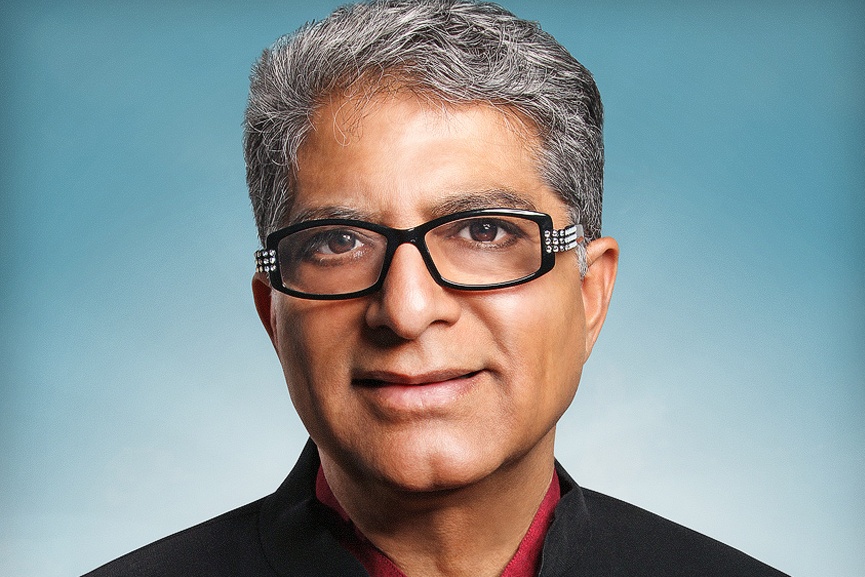 Deepak Chopra’s New York TImes Bestseller Novel based on the life of the Holy Prophet of Islam is almost six years old now, but unfortunately, has seen little traction within the Islamic world. The book masterfully carves a narrative that is respectful enough to not offend the Muslim population but still has enough open-minded insight to present us an alternative yet self-reflexive picture of the most influential person in history. This being Ramadan, here are four much-needed lessons you will learn by reading Deepak Chopra’s tribute to the Prophet’s journey.

Context: the beast we so often forget when trying to analyze the world. Perhaps the best part of Deepak Chopra’s book is that it gives us a honest contextual insight into 13th century Arabia. A dry, parse land full of superstitious people and little faith; where infant girls would be buried alive or sent to the dessert to rot away just because of their sex.

It also offers us insights into the pulsating belief in the Makkans that they were the sons of Abraham, despite the hundreds of deities that had propped up since then.

Such insight helps fill in the vacuum that is often created between the origins of faith and our times. For example, most Muslims would be unaware that the Holy Prophet was acquainted with Christian and Jewish doctrine and was a monotheist deep in his heart well before the Miracle at Hira.

The story of the Prophet of Islam is a human story, as posited by the Quranic verse: Deepika Chopra’s novel is a human story. It reveals the human aspects of the Prophet’s early years and later his experience as a leader of the Muslim Ummah. Deepak ingenuously uses the first person narrative (in the voice of people who knew the Prophet himself) so that all religious dogma and superstition would seem as a belief of the first person rather than an actual event.

What he does confirm are traits, characteristics and the victorious story of the Prophet as he helped spread Islam in the Arabian subcontinent.

A Non-Judgemental Analysis of Controversial Incidents

There are a number of incidents used by skeptics and non-believers in undermining the message of the Prophet of Islam. One of the most prominent being the consent of the Prophet in the beheading of 40 Jewish men after the Battle of Uhud.

Chopra tackles this event reflectively without taking sides: it is a masterful approach to helping us understand how the real world event unfolded without holding opinions through the lens of Islam, human rights or a number of other ethical systems that could have been employed.

A first person narrative of Prophet’s friends and foes

As Muslims, we often hear about Islam through a carefully coordinated message in line with our religious sect (be it Sunni, Shia or any other) or through the calculated criticism of agnostics and atheists.

Chopra’s novel helps us look through the early days of Islam through it’s most ardent proponents and enemies, all biases and human frailties included. This is a world where the companions actually did eat and err and were not all perfect deities in themselves: a message that Islam itself sought to communicate but was suppressed through centuries of romanticized fundamentalism.

So, what are you waiting for, go grab a copy.