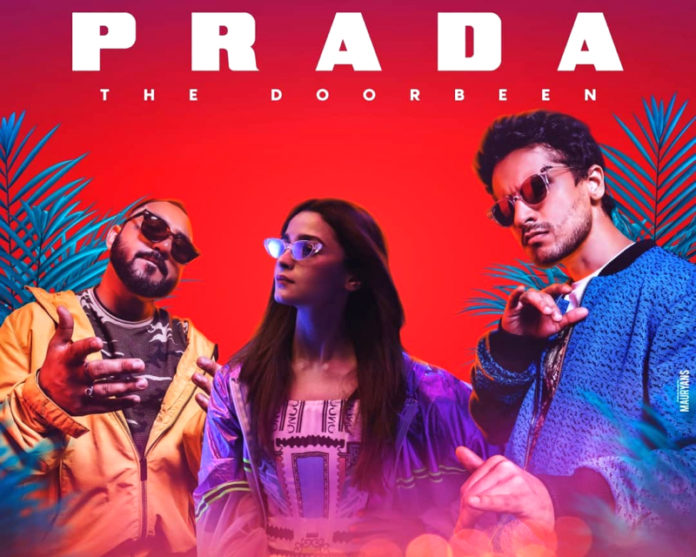 Bollywood has never really shied away from duplicating content, be it from the western side (Hollywood) or from our beloved Pakistanis. Unfortunately, we come across copied storylines, plots, videography, let alone the whole song structures! Yes. Whole songs- literally!

Talk about creating ‘hit musical melodies’ without caring about plagiarism. Clearly, it has happened again. Or on the other hand, is there more to the story? Let’s find out.

Alia Bhatt’s very first music video which seems to be a hit amongst the youngsters is actually causing quite a stir on social media.  In short, here’s a BTS video for you to feast your eyes on.

In regards to this, it is imperative to highlight that the song Prada duro duro is composed by none other than the infamous ‘Doorbeen’. The name doesn’t ring a bell? Think ‘Lamberghini’; the hit Punjabi song from 2018!

What’s the hype all about?

According to a lot of Pakistanis, Mehwish Hayat included, believe the Indian song to be a ‘Vital Signs’ rip off.

While there are an outrageous amount of tweets, posts and comments moving back and forth, why settle on someone else’s opinion without doing some research!

Hence, here are some facts which need to be taken into consideration before pointing fingers!

Firstly, it will be an understatement if I write that Vital Signs was/is one of the most beloved bands from Pakistan! The charm Junaid Jamshed’s voice held was undoubtedly extraordinary. Moreover, the unique song structures, choice of scale, beat structures and everything blended together was nothing but music to the ears.

The song Gore Rang ka Zamana was released in 1993 and it totally rocked every fan’s world! Indeed, it was a perfect romantic song of its time.

However, coming back to the original topic, some people claim the song’s structure and melody to be stolen, only to create a new modern hit ‘Prada by Doorbeen’. Surprisingly, do you think this is the case too?

Not so fast. There’s another song which shares the exact music structure!

Did you know Koi Sehri Babu- Loafer by Asha Bhosle was produced in 1973? The song featured Farida Jalal, Mumtaz and Dharmendra. Not only did this song have the exact same scale but the melody was relatively ditto too!

Check it out below:

And there is a remix version of it too! By Shashwati.

To summarize, it is safe to say that all 3 songs are ‘SIMILAR’ but not ‘SAME’.

Being a musician’s wife, it is easy for me to state that basically all the 3 songs:

In conclusion, I guess, nobody hurt anybody. The songwriters just seem to have the same thinking pattern! LOL