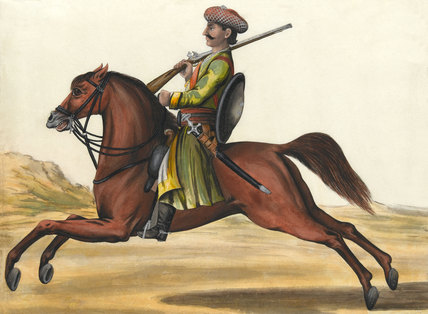 We use a lot of tools to make sense of the world, be it the logical type or the absurd. As Pakistani’s, we lean a bit more towards the latter. Therefore, when it comes to assessing people around us, we tend to see them as representatives of their castes rather than as observable individuals. As a result of this, our identities as well as our opinions of others are largely based on stereotypes of how a Jat, Rajput or Arain typical ought to be. For those not familiar with this branch of philosophy, we offer a small introductory guide to the traits most common (in theory [mythology] at least) to the various castes.

Jats
Proud for no obvious reason. Those with money tend to be the life in the party. Borderline acceptable paindu and that too only because they have a ‘good heart’, whatever the hell that means. People don’t expect you to be too bright and you can’t help proving them right. You’re also a great believer in true friendship – and you’re always available with your white Corolla to drive your buddies around from town to the next.

Rajput
A short-ish height and larger than life nose. You always have something brave to say in the face of adversity but won’t shy away from calling your Chachu when someone challenges you to a fight. Will make sure everyone else knows of your rich family history minus all the women married off to the Mughals for some peace.

Arain
There are about two hundred books and Facebook pages dedicated to the wrongdoings done to other castes. “If you see an Arain and a snake, kill the Arain” goes the famous saying. You also generally tend to be more educated than your friends and much better in money matters than those other dumb Punjabi castes. Will also tend to do anything to get what they want, even if it requires castrating their best friend – or at least that’s how the story goes.

Kashmiris
You don’t think much – you just eat it away. “All the world’s a buffet and we are mere diners’ goes the famous Kashmiri saying we just came up with. Tend to be good fighters inside the wrestling ring but would rather talk things out in a real fight. Also tend to be extremely fair skinned but with little in common with general perceptions of human beauty.

Pathan
The best books written about Pathans would be SMS compilations. You are strong and foolishly hard headed. You think you can break rocks with your forehead and you probably haven’t wondered why you would do it in the first place. You loved Imran Khan initially but started hating him when you realized he spends more time wreaking havoc in Punjab than fixing shit in KPK. Pathans are good friends, unless they suspect you are flirting with a member of their family. In that case, be prepared for a five generation long family feud.

Memon
If you’re a Memon, chances are your dad is probably married to his cousin (your Mom or stepmom or step-step-mom), your sister is married to the cousin you don’t like, you are about to get married to your cousin’s cousin, who also happens to be your dad’s business partner and last but not the least – your brother-in-law happens to be your wife-to-be’s third cousin, thereby complicating life itself and leading to centuries of poor genetics. Additionally, the meaning of your life is two-fold: count money during the day and count your nafal prayers at night.
Gujjar
Got milk?