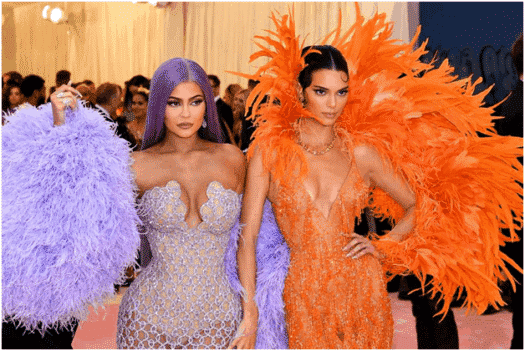 MET Gala may be over but just like previous years, this year’s event didn’t disappoint and till the next event, we will be talking about it!(

This year’s theme was inspired by Susan Sontag’s essay and was aptly named ‘Camp: notes on fashion’ which defines love of the unnatural. So you can well imagine how eccentric and over-the-top everyone went!

Who were the best-dressed celebrities of the MET Gala 2019? Witness below!

Lady Gaga simply stole the show when she changed into not 1, 2 but 4 outfits on the red carpet, all by Brandon Maxwell and all the while giving a playful performance.

Billy Porter was not far behind Lady Gaga as far as over-the-top dressing and an even more theatrical entry was concerned!

Sitting on a black and gold litter carried by chiseled and shirtless bearers; Billy Porter wore an embellished catsuit with an opulent gold headpiece and 10-ft wings! Way to make an impression, I say…

Celine Dion had a fashion moment experimenting with new looks and the MET Gala. She had the perfect platform to show off her glamorous and dramatic fashion flair, but that hair…well, some loved the style more than anything!

Cardi B is sure to give MET Gala’s MVPs a run for their money. This year she wore a Thom Browne gown with 10 feet of tulle and silk organza, topped with dyed coque feathers.

To top it off, she wore a matching head-piece to steal the show!

Wearing a Versace outfit, Lupita Nyong’o was a neon rainbow vision. Her neon rainbow top, matching fan bag, pink maxi skirt and the gilded picks in her hair truly made her the star she is.

When it comes to wearing unconventional and over-the-top outfits, Katy Perry is one name that is a must!

This year, she was completely ‘lit’ in her illuminated Moschino chandelier-as-dress. She complimented the outfit with a matching illuminated headpiece which added a bright aura to her overall look!

Saoirse Ronan was the ultimate regal queen in her Gucci outfit. The designer house was coincidentally also a sponsor for the event.

Wearing a red and green sequined outfit with golden flames that formed a chest-piece, Saoirse Ronan was ready for fashion battle at the MET Gala.

This year’s best dressed list for Met Gala is incomplete if we don’t mention Jared Leto. Wearing a Gucci ensemble in rich red with a crystal harness, Jared Leto came in carrying a replica of his own head to make sure we never forget he was here!

It would be unfair not to mention Michael Urie’s bigender outfit. The outfit by Christian Siriano represented gender exploration by channeling Frida Kahlo and Cezanne at the same time.