We take a retrospective look at the waning hours of film: this unpublished article dates back to 2014, just as digital cameras were taking over the film industry as we inched ever closer to the death of celluloid.

A high-budget television commercial is being shot in Lahore at the country’s largest studio for a leading telecommunications company. The props have been aligned and the actors revise their blockings as per the lighting setup. The director of the production has a glance into the monitor, clears the shot and gives the go-ahead for the take. Within six hours, the principal photography is complete. The director has two hours to check the exact output of the footage and shoot any changes or inserts, if required. “Good thing we chose not to shoot on Film,” he says, with great relief. Had the ad been shot on a film camera on traditional celluloid film, he would not only have been deprived of viewing the exact shot being captured onto the film stock, but the journey to post production and the final product would have taken it’s due time and financial repercussions.

“Usually, there’s no option but to send the film to Thailand or Malaysia for developing and editing; and that costs a fortune,” he adds.

To cut the long story short, celluloid film is dying. Reports of Kodak’s bankruptcy throws down the anvil on the titanic of all visual art formats. The company, whose employees’ figure has gone down from a peak of 60,000 to 6,000 in the last 30 years, is fighting to stay alive. The last three years have seen a brisk market shift of motion pictures, music videos and commercials turning to high-end digital video cameras rather than celluloid film. As digital photography cameras replaced the traditional reel-based photo cameras at the turn of the century, the same shift has coincided in the professional motion picture market. “Film has always been seen as a vehicle of great respect. When you shoot on Film, you mean serious business, as there is a great amount of money being spent every passing minute. Now you can shoot all that you want as it’s all being copied onto a hard disk,” says Hassan Ali, a television and short-film director.

If the Kodak crisis wasn’t enough, film camera and equipment giants ARRI and Panavision announced that they were discontinuing the manufacture of film cameras and concentrating completely on digital camera technology. Even the stiff critics of this new flood of technology realized they had uttered their last words. “In the last few years, video has really caught up with Film. The high-dynamic-range video cameras are expensive, but it is peanuts compared to what film cameras cost. In just a few years, people won’t [even] be comparing Film to video anymore,” says Ali Ahmed, a short film director.

Further hassles such as the risk of film stock being damaged physically during shooting, storage or transfer have also given plenty of headaches to producers and financers since the beginning of the art form traced to the late 1800s.

Video came of age when a California-based company by the name of RED came up with its popular line of Red One, Epic and Scarlet X cameras, each offering motion picture quality resolution and exposure latitude at a fraction of the price of an ARRI or Panavision. Thanks to its high compatibility with other lens mounting systems and a post-production process supported by commonly used editing suites, RED has minimized the gap between prosumer and professional productions. Major Hollywood productions that used the technology include The Social Network and Pirates of the Carribean: On Stranger Tides; in both cases, the change for the average movie going audience was imperceptible.

RED has penetrated the local market as well. The much-hyped Bilal Lashari film Waar was shot on the company’s next generation Epic camera. The film’s trailer is already being praised for its visual treatment and presentation, something virgin to Pakistan. Mehreen Jabbar tested the waters when she shot Ramchand Pakistani on HD, transferring it on Film later. But, as Aga Khan, a non-linear editor and colourist for television ads, puts it, “this isn’t a Ramchand Pakistani,” obviously referring to its visual output. “The film, as per the trailer at least, walks and talks like a true motion picture shot on 35mm.”

According to Lashari, high-end digital technology will reap benefits other than the obvious. “I feel more formally educated people will walk into this industry as film has traditionally worked on the same apprenticeship-based learning curve for over a hundred years, with very little formal education’.

In the prosumer market, celluloid film has never been a popular format due to its inexplicably high costs and developing rates — a three-and-a-half-minute roll of film stock sets you back approximately Rs 13,000. The recent advent of inexpensive video-ready DSLR cameras has saturated the local market beyond anyone’s expectations, manufacturers Nikon and Canon included. DSLRs offer the advantage of HD format footage with industry standard lens from Canon and Nikon, a notable factor in giving video a film-like visual appeal. These cameras are being used in low-budget commercial ads, corporate documentaries and music videos. Successful videos for upcoming niche-market music artists such as Falak and Bilal Saeed are being shot on DSLRs at astoundingly low costs in comparison to the visual output.

These videos get their due publicity from their target audiences on popular internet sites such as YouTube. “You are getting professional HD footage with a low-cost device whose main purpose is to take pictures. A few years ago, the camera equipment available in such budgets was absolutely ridiculous,” says popular DoP (director of photography) Faisal Warraich who claims to make use of the said camera technology for low-budget videos with high-quality visual returns.

That said, the availability of digital cameras at affordable prices does not necessarily mean the general quality of content available to audiences will improve. Although the visual quality of low-budget productions may be enhanced considerably, style and substance are two entirely different modules. In the words of Ahmed: “a pencil is cheap, so everybody has access to it, but that doesn’t mean everybody is a great writer. Film or video is just a recording medium; it doesn’t ensure great results.”

However, like most young ad filmmakers, Ahmed is quick to support the coming-of-age of video: “It’s great that everybody should have access to the right tools of story-telling; though, it might mean more worthless stuff on YouTube.”

In the final analysis, it isn’t hard to see that shooting on Film will have become a matter of a creative choice for filmmakers in the next few years, just as their use of Black & White format in order to create a certain mood — references: Schindler’s List and Ed Wood. But, as digital cameras emulate the unique soft-blurry motion imagery of film with more and more precision, the reasons for remaining on the medium will likely become shallower.

Again, for those budding filmmakers who feel video will change everything they learnt about the format, Bilal Lashari offers some reassurance, “Eventually, you can replace the technology but you can not change the aesthetics and the people behind it. The nuts and bolts remain the same.” 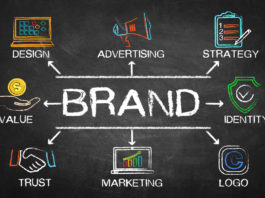