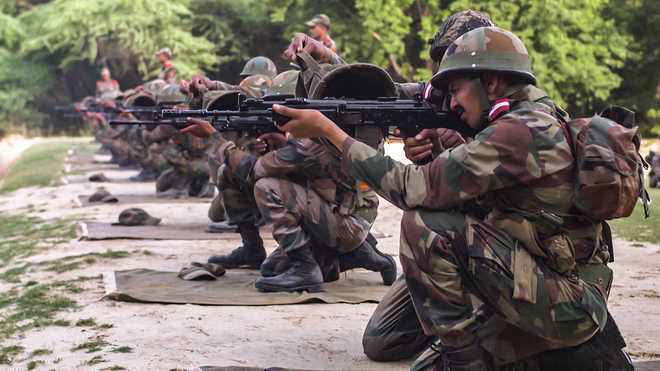 Captain Manoj Kumar Pandey rightly said. “Some goals are so worthy, it’s glorious even to fail”.

The soldiers protecting Indian borders lay down their lives while Hindustan sleeps soundly in their beds without so much as a second thought; the story is not different from anywhere else in the world. Soldiers deserve our respect and the support of the masses.

Let’s learn some enlightening facts about the Indian army, which will inspire even more awe and deference for them!

Inspiring Attributes of the Indian Army

1.       Indian army isn’t scared of tough conditions. The fact that the army controls Siachen, the highest battlefield in the world is a testament to their commitment to the country!

This battlefield is an astounding 5000 meters above sea level with temperatures dipping down to as low as -50 degrees! Brrrrrrrrrrrrrrrrr

2.       Indian constitution contains within it a clause for conscription, if required. Simply speaking, it means that the public can be forced to join the armed forces. However, all serving personnel in the Indian Army have selflessly and voluntarily opted for service, making it the biggest voluntary army in the world!

Interesting fact: conscription has been bought into forces in countries such as Israel, where all 18 year olds have to serve for two years in the army, regardless of gender!

3.       The Indian Army’s High Altitude Warfare School (HAWS) has gained considerable international acclaim for being among the best in the world. Countries such as U.S., U.K. and Russia frequently send in their top-merit personnel to gain training from this institute.

Other than HAWS, the Indian Army also has the honor of training foreign armies at other schools namely the Indian Military Academy at Dehradun, as well as the Counter Insurgency and Jungle Warfare School located at Vairgente, Mizoram.

4.       Perhaps quite funny, but also an incredible feat and of course worth mentioning is that the Indian Army successfully sidestepped CIA’s ever-present eye and tested its nuclear arsenal in early 1970’s and late 1990’s!

This has been termed as one of CIA’s biggest failures in espionage and detection!

5.       The Gurkha regiment is a testament to the efficiency of Indian army’s units. It is rumored that Adolf Hitler expressed his immense desire to acquire this very unit. He believed that with this unit by his side, he could have easily conquered all of Europe.

Look at them, don’t they look completely savage?

6.       Another rather impressive fact about the Indian Army is the completely merit based system that is used in the recruitment and deployment of soldiers. Unlike other government institutions and defying local sentiment regarding caste and religion, the Indian army focuses on merit only.

There are stringent tests which test the mettle of each potential soldier to the very core and based on these assessments alone, the merit is decided.

It sure is a sight for sore eyes to see proud soldiers sitting atop gorgeous horses.

The Indian Army has truly made us proud over the years with the impeccable protection we are given!