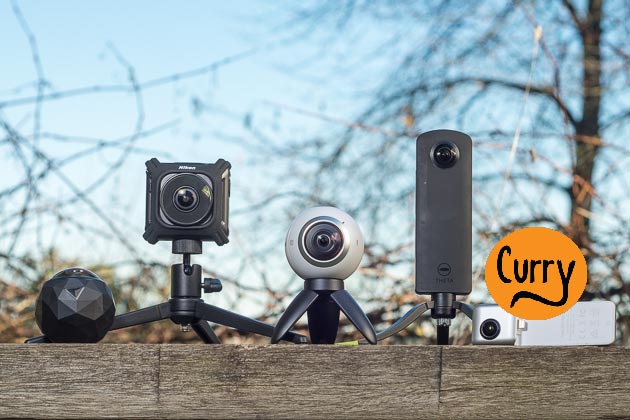 We’ve been seeing 360 degree videos for quite a while now: Facebook first introduced them to internet users at large through the 360 feature within it’s native player. The New York Times took it further: generating immersive real world experiences from anywhere from brothels in Far East Asia to religious processions two thousand miles away: all in brilliant 4k HD.

But then the rave for 360 videos died down for a while. However, as new, cheaper cameras make their way onto the market, it seems likely that 360 degree video will fulfill the initial prophecy of changing ‘digital video’ as we know it.

360 degree video, like it’s drone counterparts, is a product of the wonderful leaps taken by the mobile phone industry in their race to create smaller, faster, more cutting edge processors and cameras. These cameras take the same technology (infact, many of the popular 360 camera models sue the Qualco mm Snapdragon processor found in so many android devices) and use it for the purpose of creating 360 degree videos.

For those unfamiliar with technology, it’s those videos that let you use your mouse or a touch gesture to ‘look around’ while the video plays. Therefore, as a viewer, you have the ability to choose where it is that you wish to look during a video. And if you happen to have a VR headset – like Google’s super-cheap Cardboard, you can actually dwell right into the scene for a truly immersive experience.

Some of the leading online video publishing sites have long had support for 360 videos. However, publishers have not really exploited the potential to it’s max – until now.

The potential for 360 degree videos is truly limitless. As the ability to take 3D videos becomes embedded in an increasing number of low-cost 360 cameras, one can expect a wave of immersive videos one after another through our social media accounts and other Facebook already supports the ability to take live 360 degree videos, which means that you can almost participate in a live event as a viewer without actually being there.

Just imagine seeing your wedding all over again through 360 – choosing to look at the small details or reactions that you missed or that would somehow have missed a conventional camera. The surveillance industry has long sought these technologies at affordable prices.

And then there are the creative applications – for use by artists and large production houses. The possibilities are being explored by companies such as Google and the sky truly seems to be the limit with regards to what is possible and not.

An average high-quality consumer 360 degree video camera would set you back anywhere from 450 to 700 dollars, depending on the quality of the craftsmanship (lens and all), the technology and of-course, the firepower.

At present, most consumer cameras use a single incision (to join two separate camera shots), which makes inboard processing of the image instant and shareable. However, as technology catches up, 6-camera and beyond are achievable even in affordable consumer cameras, as highlighted by industry pioneers such as Kodak.

However, there seems to be little reason to wait any longer to get a hold of a steady 360 degree camera. So if you have that 500 dollars to spare and are looking for your next gadget fix, look no further.

And who knows, you just might make the first 360 degree masterpiece.